I watch Seung Lee on a recent morning as he stands at an easel sketching a classroom scene from his high school years in Baltimore, Maryland. A lean man in his fifties, he takes delight in telling stories about his past as he works. The main room of his studio is filled with the tools of his trade: a large, triple-tiered metal rolling cart overflows with paints and brushes and charcoal; unfinished canvases lean against wooden benches that line the back wall. Paintings hang all around him, illuminated by the sunlight filtering in through high windows. His childhood in rural South Korea and his poverty as a young man are the dominant themes of his work on view, evoked through representations of trees and the use of recycled materials.

His life as an immigrant has also shaped his art work, perhaps more than any other single factor: He came with his family to Baltimore in 1975 at age 15, and struggled with the language and culture.

“In high school the only things I was good at was art and playing soccer,” says Lee. “I couldn’t really speak English when I started school in the United States but eventually I made a lot of friends because they would see me drawing and say, ‘Wow, you are good.’”

Hear him talk about the experience:

With a piece of black charcoal in hand, he sketches a classroom scene from his past, from his life as a teenage immigrant in a neighborhood with few Asian families. Thrust into an unfamiliar—and at times unwelcoming—high school environment, Lee faced culture shock and frustration at not being able to speak the language. It was in high school, however, that he also began to show promise as an artist. 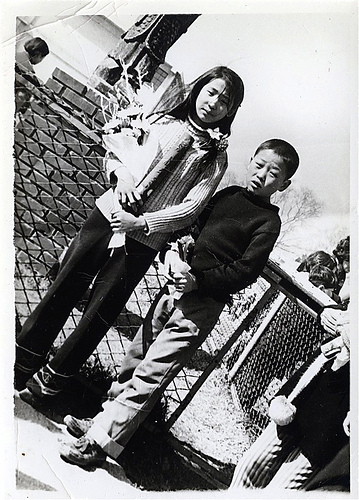 Seung Lee, as a fifth grader, with his cousin in Seoul, South Korea, circa 1970.

Today, Lee is not only an artist, but also the owner of an art studio in Huntington, New York. His paintings and sculptures sell for up to $20,000 and he shows his work around the world. A self-proclaimed “traditionalist,” he works alone, preferring to make his art without the help of any additional employees. He knows that he could make more money if he hired other artists to work with him, but for him, being an artist is not about getting rich. “Being an artist is a life-long journey,” he says. “I compare it to being a marathon runner, not a short-distance runner. Anyone who wants to become rich [by] being an artist is really dumb.” 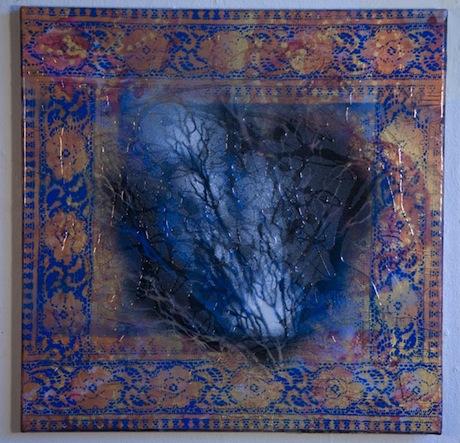 Well-known on Long Island for its arts scene, Huntington is home to many visual artists, musicians, and arts organizations. Diana Cherryholmes, the executive director of the Huntington Arts Council, sees the arts as a critical piece of Huntington’s economic development. The numbers back it up. According to a report released by the Long Island Association, arts organizations account for roughly 3,210 Long Island jobs and generate annual payrolls of almost $149 million. “We can’t make or break [economic growth],” says Cherryholmes, “but we can have a significant negative impact if we don’t exist.”

Roger Tilles, chairman of the advisory board of the Long Island Arts Alliance, agrees. “As a developer, I learned that companies are attracted to Long Island by the quality of life here. The arts contribute substantially to that quality of life.”

Creating art and working as an associate art professor at C.W. Post, Lee makes a comfortable living. While that might not be enough for some, for Lee, his achievements are that much sweeter given the struggle and poverty he faced in his early life. 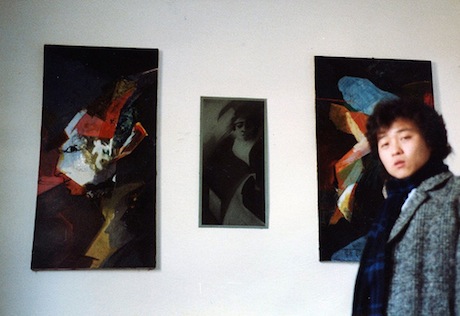 Posing with his work at a 1983 exhibition in Italy.

Born in 1960, he was the youngest of five boys and grew up in the countryside an hour outside of Seoul, South Korea. Only a few years later, his father died in an electrical accident while working for the local government, which left Lee’s family destitute with no means of support. In order to survive, Lee and his mother moved to Seoul so that his mother could find a job. As an 8-year-old, he was forced to become self-sufficient while his mother worked constantly to pay the rent and buy basic necessities.

His luck changed however when his maternal aunt, who was married to an American army sergeant, invited Lee and his family to immigrate to the United States. After years of hardship, Lee and his brothers finally arrived in Baltimore with little schooling and no knowledge of English. 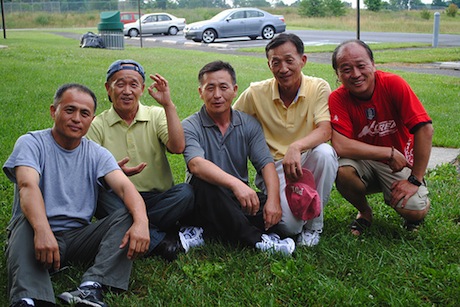 Seung Lee (far right), together with his brothers, who immigrated to Baltimore with him in 1975

Despite the obstacles he faced when he first arrived, Lee is grateful he had the opportunity to move to the US. As I sit with him, he looks at the now-finished charcoal drawing of a classroom and reminisces about similar pictures he made in high school. Through those sketches, he gained friends and entrée into American life, and he doesn’t take that life for granted:

“I have a really great appreciation for being in this country,” he says. “It has made me who I am.”

To explore Seung Lee’s artwork, watch the slideshow below or visit his website.

The Real Cost of Inaction on Immigration Reform

L.I. Immigrants Excited to Vote in This Election