Every year, thousands of Long Islanders dressed in royal blue and white come to show pride for their native country at the Salvadoran American Day Festival in Hempstead (between Front Street and Washington Avenue, 11am).

While the pupusas are obviously popular, music is the main attraction. Traditional Salvadoran music carries influences from the Mayans, Africans, Spanish, and indigenous people from the region. While your eyes might gravitate to the drums and guitar in a traditional band, the güiro– a hollowed out gourd used to keep the rhythm – is one of the unsung heroes, and you’ll have a chance to get acquainted with it.

The festival will also feature folk dancing. Here is a clip from a 2011 performance: 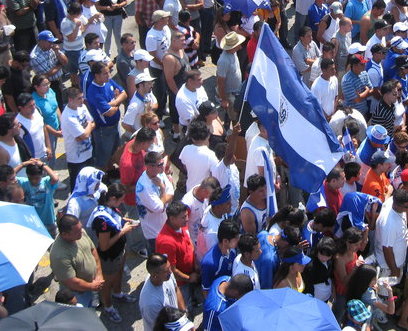