It’s late and I’m about to end my workday. I find myself sitting at my desk surrounded by the story of my work: forgotten files; pictures of workers published in the local press denouncing the stealing of salaries by an employer without scruples; pictures of achievements; family pictures that also have their story; awards for the work done; a painting of César Chávez’s face, his mere name a source of inspiration. And to my right there’s a cold chair that has been witness to many stories, some with a happy ending, and many more that showed me the misery of the rich.

My thinking takes me on this page to wanting to be the voice for the hundreds of women who behind closed doors in some houses are leaving behind part of their lives, sweat, tears, dignity, and truncated dreams. Innocent women who are accused of being thieves. Women who are hit by children accidentally and by their boss intentionally. Women who give only love and labor in exchange for a miserable wage. 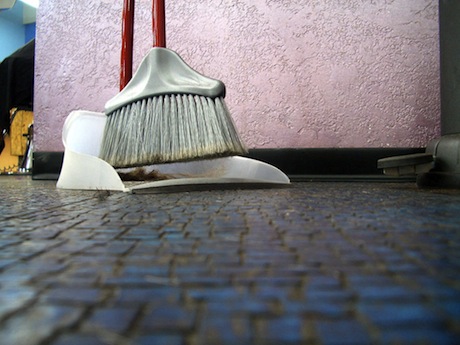 My memories take me to the day that Roxana arrived, with a sad look and the body of a girl of 15, but the mind of a suffering woman. She emigrated looking for a better life, and had always worked and lived in her employers’ homes. She arrived at my office to recover a week’s salary. One day sitting in the cold chair, with tears in her eyes, she told me, “You don’t know everything that has happened to me. I worked in a house in which my boss abused me sexually. He told me I had to let myself be caressed, that it was part of my duties. He’d touch my lower back when he walked close by. When my hands were occupied, he’d hug me from behind. He wanted to touch my breasts. I’d tell him, “I don’t like it. I don’t want to, please, leave me alone.”  “You have to let yourself,” he’d repeat. 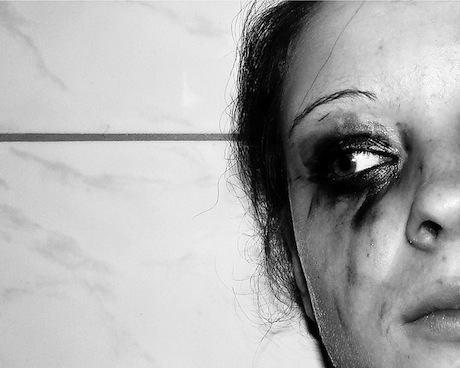 I was very afraid. I was scared he would rape me or hurt me. Every time I saw him coming, I trembled with fear. I’d try walking elsewhere, but he’d follow me. He would come after me, and suddenly he would try to touch my body. I kept feeling scared, very scared, because he would get mad when I’d say no. One day he showed up very calm and said to me, “Drink this juice, you’re working too hard.” I started drinking in small sips. He was no longer there, but a bit later he suddenly appeared and with just one yank he opened my blouse and began to feel me. I felt scared, but he pushed me towards a bed and he used me. I say he used me because I felt used, humiliated, abused. I cried.

I spent the week crying at night, feeling guilty, and when I returned home I told one of my brothers, and he told me, “You will not go back to work there, and don’t tell José (my other brother) because he can get himself into trouble and that won’t help a bit. You’ve already been abused, and he can go to jail or they can kill him in that house if he goes to get revenge.”

Today is the first time I’ve told anyone about my pain, my humiliation. In this chair I’ve felt the peace that in many months I haven’t felt. And I didn’t go back to work at that house where I lost my dignity as a woman. Here is where I’ve realized that I was not to blame, that I was weak because I wasn’t informed. The power that comes with knowledge isn’t defeated by an abusive or threatening boss. I will keep fighting to always be a WOMAN.”

And I’ve heard so many more stories like Roxana’s. And in the end I think, we the poor are not listened to. Because we’re foreigners we are believed to be guilty. But then I think, Women, let us raise our voice so we can be heard, let us not be afraid to defend what we believe in. One day justice will arrive.

Lilliam Juarez emigrated from El Salvador to the US more than 20 years ago. Currently, she is the coordinator for the Unity Housecleaners Cooperative at the Workplace Project, and resides in Hempstead.