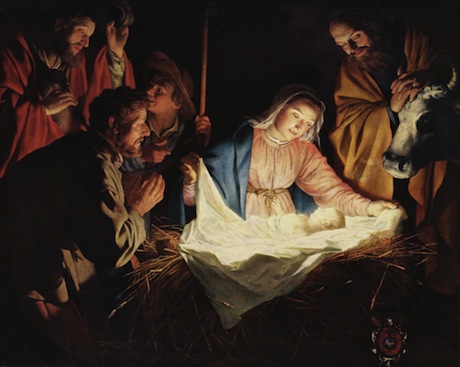 Those familiar with the story of Jesus’ birth will remember that his father and pregnant mother travel from inn to inn prior to his birth in search of shelter and refuge. Now that Christmas is here, several bloggers and scholars are comparing the trials of Mary and Joseph to those endured by undocumented immigrants across the world.

Manuel Rueda of Univision News rounds up some of the writers examining the Christmas story through the lens of immigration:

Mario T. Garcia, a columnist for the National Catholic Reporter, wrote that like many undocumented immigrants, Jesus’ parents were denied posada or shelter, when they entered Bethlehem.

According to biblical scriptures, Mary and Joseph were turned away by several inn-keepers, and were forced to have baby Jesus in a humble stable, in the company of a donkey and a cow.

“We are all children of God,” Garcia wrote in his latest column, where he expressed his fears about anti-immigrant laws. “What if those we turn away include Mary, Joseph, and Jesus?”

To some, the debate is more about morality than the semantics of whether Jesus was technically undocumented:

“This is much more than a ‘political’ issue’” writes Russel T. Moore, a Baptist Preacher who is also the dean of the School of Theology at the Southern Baptist Theological Seminary.

“Jesus tells us that our response to the most vulnerable among us is a response to Jesus himself (Matt. 25:40). God will judge those who exploit workers and mistreat the poor. No matter how invisible they seem to us now,” Moore writes.