I guess you could say I was spoiled. I grew up in Queens, with access to whatever type of Latin cuisine I might want: chorizo (pork sausage), pan camarones (a huge and delicious version of a croissant) and spices from across the Americas in the local supermarket. My parents, who are from Ecuador, only cooked Latino food at home, and we lived in a place where we could find the ingredients for many of our traditional dishes.

When I moved to the Village of Babylon, in Suffolk County, things were a little different. There are lots of great reasons to live in Babylon – the schools, the friendly people, the green space of suburbia – but comida latina isn’t one of them. There is one Latin restaurant, Don Ricardo’s, but back in Queens, I not only had a range of restaurants, I could head to a certain neighborhood and find dozens of Colombian, Peruvian, or Guatemalan places. 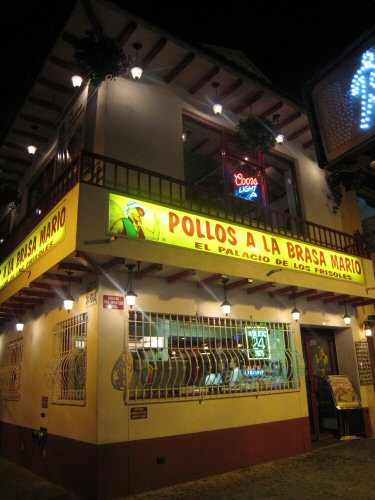 I needed to find my own little Queens out on Long Island, but I didn’t know where to start. I asked my husband and my in-laws, who are of Irish and Polish ancestry, but it was obvious they were as helpless as I was. So I turned to the Internet. I decided to look for a bakery, and my search led me to the hamlet of Brentwood.

According to the most recent census data, 69 percent of the population in Brentwood is Latino. Puerto Ricans were the first Latino group to settle in the area, but since then, immigrants from El Salvador, Colombia, and the Dominican Republic have joined them.

Like many city folks, I was accustomed to using my Metrocard to get around, but, as you may know, that’s kind of difficult on Long Island. So I enlisted my father-in-law, Warren, as my driver.

My father in-law has lived on Long Island most of his life, since the 1950s. From his stories, you get the impression that he witnessed Long Island grow from a sleepy sliver of land into a vibrant, populated suburb. While he knew of Brentwood – its demographics and location – he did not know any more beyond that. So together we went off on an adventure, heading into another world that was mostly new to him.

The drive to Brentwood was a little chatty, at least from my part. I could tell that Warren was hesitant. Not because he didn’t want to go, but because he was driving to the unknown. I told him what I thought the place would be like based on my experiences growing up in Queens (and I’ve been to my fair share of Latino bakeries!). He smiled as if he was preparing himself.

While he was nervous, I felt awe and nostalgia as we drove through Brentwood. The demographics seemed to change rapidly.  The sound of Spanish music from surrounding cars, the numerous families walking together, the colorful outfits – all reminded me of where I lived my whole life. I quickly turned to my father in law and shouted, “This is like Queens!” Of course, it wasn’t identical, but I no longer felt out of place. I had found my new home away from home.

The first thing I noticed walking into El Paisita on Suffolk Avenue were the sounds: Latin music and a Spanish-speaking channel on the television played simultaneously, although the TV was at a very low volume, only enough to slightly hear what was airing. Then the smell of bread, empanadas and sweets. My father-in-law looked around quietly; he was scanning and taking in everything he saw, all with a smile on his face. I could tell he was excited to explore.

He didn’t know what to expect and was fearful his lack of Spanish-language skills would create an instant barrier between him and the people in the bakery. The customers were predominantly Latino, but the employees welcomed my father-in-law by speaking to him courteously in English. That seemed to do away with his self-conscious feeling.

We sat down together and ate pan de bono, a type of cheese bread, washing it down with Tropical, a saccharine soda imported from Ecuador (and a personal favorite).

The trip to El Paisita became our thing, and after that first journey, we took lots of other 20-minute rides to Brentwood, talking about the diversity of the community and of Suffolk County. For me, it was a good excuse to sample fresh breads, but I was also touched to see my father-in-law pushing himself to experience something different. As a transplanted Latina in the suburbs, I felt like I was constantly adapting to different cultural norms, and it made me happy to see that he was willing to learn a bit about me, even if it made him feel out of place at first. 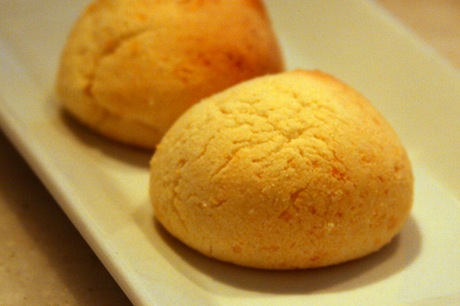 That uncomfortable feeling didn’t last long, however. The sense of welcoming by El Paisita’s customer service and delightful goods made him so fond of the place that sometimes I’d call the bakery with the order, and he would go to Brentwood and pick up it up by himself.