The blue and white Salvadoran flag was everywhere: T-shirts, flags, bandanas, even umbrellas. In the air, the smell of fresh pupusas, carne asada, and chimol—Salvadoran salsa—transported you to a family gathering in the campo.

On Sunday, August 7, the Salvadoran community celebrated their heritage with music and food during the Salvadoran-American Day Festival, which took place in the municipal parking of the Village of Hempstead. 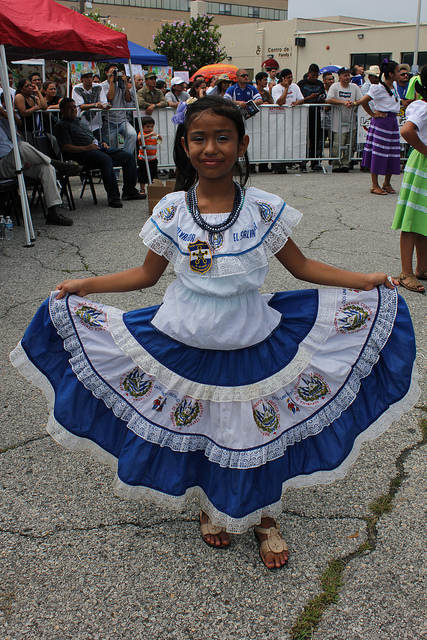 Around 3,000 people attended the festival, which celebrated its fifth year, enjoying a lineup of popular Salvadoran music bands and, of course, lots of dancing.

Saul Linares, one of the organizers of the festival, said that besides entertainment, the event also strove to raise awareness around immigrant rights.

“It was a success from many points of view,” he said. “The conditions and the weather were good…and this year we dedicated the festival to repudiating the federal program Secure Communities.” 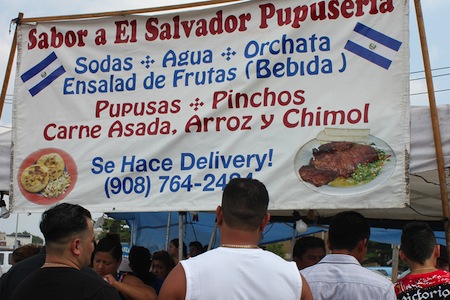 Salvadorans are the largest immigrant group living on Long Island. According to 2000 census statistics, they made up 20.5 percent of Latinos in both counties, followed by Puerto Ricans.

Here’s a slideshow with photos from the festival: