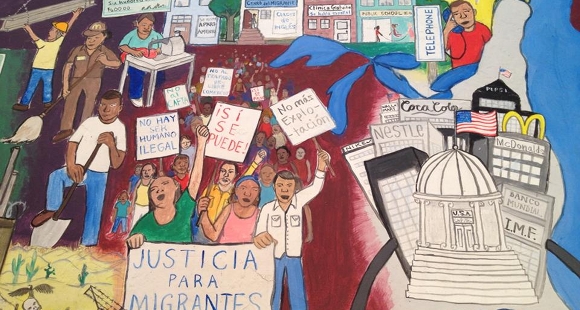 This is the second in a three part series where I will share the highlights of my trip to Mexico over the summer. The first part can be read here.

After the delegation completed its work in Mexico City, we headed to San Francisco Tetlanohcan, a community in the state of Tlaxcala located at the foot of the dormant La Malinche volcano in southeastern Mexico.

This is a community devastated by the loss of their communal life, first through internal migration and then through migration to the U.S. The declining Mexican economy made life difficult for the people of Tetlanohcan, so many men left and sought work elsewhere in Mexico. When jobs became scarce throughout Mexico, many then migrated to the U.S. And with this loss of population, ancient culture and language began to disappear.

There are many economic reasons why people leave Mexico. Jobs are scarce, wages are very low and workers rights don’t exist. Unemployment is extremely high, especially among young people. Many youth are unable to work because they don’t have any experience, and they can’t go to school because there’s no family income. It’s a vicious cycle.

Many families in Tetlanohcan have parents, children, or other family members that have migrated to the U.S. So, a group of Tetlanohcan women got together and formed Centro de Atención de la Familia Migrante (CAFAMI), which is a local organization whose mission is to reduce the negative impacts of migration in the community, like the separation of families and destruction of the fabric of local community life. 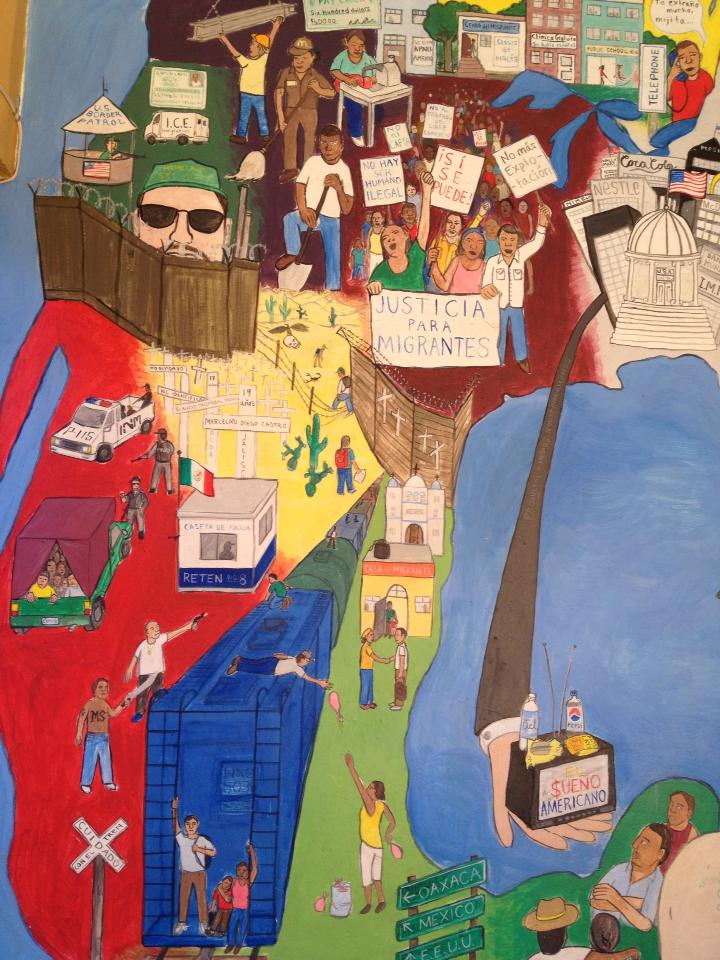 A beautiful mural depicting the difficult journey of migrating through Mexico to the U.S.

While in Tetlanohcan we stayed with families of the members of CAFAMI. The family I stayed with, along with three other delegates from the group, included a mother whose husband migrated to the U.S., her young daughter, her niece and her husband and their two young children. Upon arrival, we received a warm welcome and everyone made us feel very comfortable. Thankfully one of the delegates spoke fluent Spanish so we were able to communicate quite well.

The mother of the family, Josephina, made us delicious meals during our stay, which was a lot of rice, chicken (that were fresh from their chicken coop in the backyard!) and the best homemade tortillas.

During the day we spend time with the CAFAMI women, learning about the work they do to support families of those who have migrated, disappeared, been detained by the U.S. immigration system or died. We listened to heartbreaking stories of family separation, the inhuman treatment in U.S. detention centers and the dangerous and almost impossible journey crossing the border.

CAFAMI has created several community projects, some that produce income and others that empower the women left behind to lead productive lives. One such project is their botanical garden. The CAFAMI women planted a garden of medicinal plants native to the Tetlanohcan area. With their own traditional knowledge of these plants and by working together with biologists, they transformed these plants into products like lotions, shampoos, teas, and soaps that they can sell. This gives them a small income and empowers them to work toward better living conditions by realizing their potential.

Below is an interview conducted by Christiaan Perez, one of the delegates on our trip, with Norma Meneta, a member of CAFAMI, discussing the negative impact of migration that separates families and threatens the local way of life.