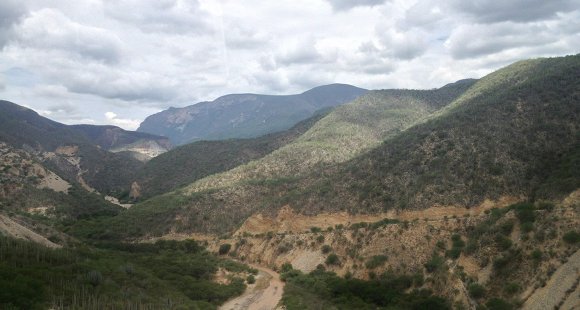 This past summer I had the incredible opportunity to go to Mexico as part of an educational delegation to study the roots of migration from Central America and Mexico to the United States. We travelled the country beginning in Mexico City, then moved on to San Francisco Tetlanohcan, a town in the Mexican state of Tlaxcala, at the foot of the La Malinche dormant volcano, and ended our work in Oaxaca, a beautiful colonial town rich in history and culture.

This is the first in a three part series where I will share the highlights of my trip. This was an intense work / study experience in which I and 12 other Long Island community leaders participated.

During our time in Mexico, we met with community leaders and advocacy groups working to further social and economic justice, focusing on the root causes of migration. We also examined the historical accountability of the U.S. for the present situation in Mexico, and assessed the impacts of NAFTA (North American Free Trade Agreement) and new multilateral policies on the Mexican people. Throughout the delegation experience it became clear why international solidarity and activism are crucial to a better future for both Mexico and the United States.

We met with inspiring individuals, committed activists and dedicated non-governmental organizations, who shared their perspectives and analysis about the daily realities that many Mexicans face.

The first part of this series will focus on what we learned in Mexico City. There we spent long days studying the economic history and relationship between Mexico and the U.S.; immigration (why people migrate, the realities of migrants, and the broken immigration system in the U.S.); and on developing a deeper understanding of our own lens of power and privilege.

We also met with “Los Otros Dreamers,” a group of young people who had been deported by the U.S. immigration system or who made the difficult decision to return to Mexico after coming up against obstacles in the States. Many of them left wondering if the American Dream that motivated so many of their parents might become a new reality for a “Mexican Dream.” This group has been organizing around the right to equal access to education, especially the challenges they face in order to re-validate their U.S.-based education within the Mexican educational system. Many find themselves still “undocumented” upon returning to their country of birth!

Below is a slideshow that includes an interview with Marco Antonio Velásquez of Red Mexicana de Acción Frente al Libre Comercio (RMALC) who gave an informative and eye-opening presentation on NAFTA. RMALC was formed by civil society organizations prior to the passage of NAFTA to discuss the implications for Mexico under a free trade agreement. Marco Antonio Velásquez discusses the devastation NAFTA caused the Mexican economy and how this led to wholesale migration to the U.S.

Here is the interview, which was conducted by Christiaan Perez of CyTUnidos.