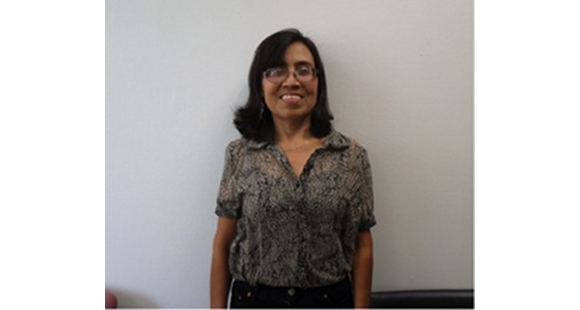 Mirna Cortes-Obers grew up during the years of the Somoza dictatorship in Nicaragua. Although hers was a middle-class childhood, she became aware of the inequalities of Nicaraguan life through her church youth group. A young, Harvard-educated Nicaraguan doctor took Mirna and other teenagers to the countryside to work with the poor. Mirna found out first-hand how the government had taken land away from poor farmers and turned it over to the Somoza family for their own enrichment.

In 1978, Mirna was elated when she won a scholarship to attend college in the United States. She set out from tropical Managua by plane and she arrived half-a-day later in Michigan in the middle of the winter. Far from being dismayed at the weather, she now remembers the ice and snow of the Michigan landscape as two of her cherished “discoveries” about the U.S. She got a giddy joy sliding on the ice and said “at the time, I didn’t even realize you could slip and fall on it.”

After she graduated, Mirna moved to Freeport here on Long Island to live with her sister. “Like most immigrants, I wanted to live near my family,” she explains. Her sister had to explain to her Jewish American husband that he could expect to have a lot of the Cortes family passing through. “We were lucky that he understood that the Latin family is very strong and that we love to be with each other,” she says.

In 1991, Mirna joined the staff of CARECEN as a paralegal. CARECEN was flooded with Salvadoran war refugees applying for the newly granted Temporary Protected Status and she was a major player in our effort to register them in the short window we had to do so.

Four years later, Mirna became CARECEN’s Community Development Director. She admits that at first, it was hard to ask people for money, but she says that when she saw how enthusiastic many of our donors are to help, it became easier. One of her favorite jobs is organizing the annual CARECEN dinner.

Over the years, Mirna has advocated for immigrant access to health care, she has collected information on school discrimination against Latino children, and she has participated in CARECEN’s efforts to educate immigrants about their rights. Mirna says that she has found her coworkers at CARECEN extremely supportive and that she has treasured the bilingual multicultural environment of the organization. “There is a strong sense of camaraderie here that fosters our work,” she says.

On November 21, Mirna will be honored by CARECEN for her 22 years of service to the immigrant community. 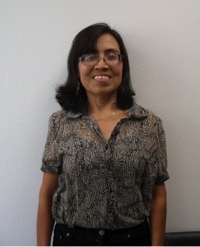