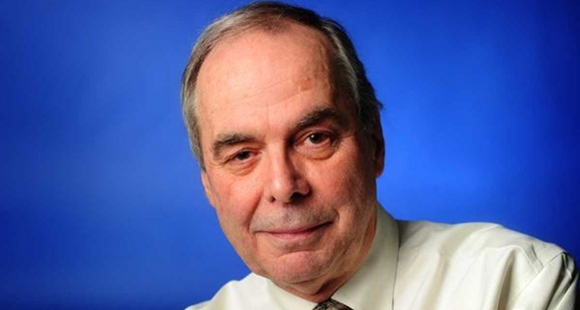 Bob Keeler is a Pulitzer Prize winning journalist and a former editor at Newsday. For years, he wrote insightfully about the need for policies that respect immigrants and that create a more open community on Long Island.

Bob started out in journalism at the old New York Herald Tribune, but in the 1970s he moved to Long Island and covered various beats, including Suffolk politics and religion. In his early years he was known particularly for his writing on environmental issues and he was recently honored for the role his pieces played in securing protections for the Pine Barrens.

During the 1980s, Bob’s activism with the Catholic peace group Pax Christi made him aware of the human rights crisis in Central America and the refugee flow to Long Island that it generated. He says that many of the people who vilify immigrants don’t understand the role that United States policies play in generating flows of people across borders. Long Islanders need to learn “how our actions retard development in Latin America and spur migration,” he says.

Bob did not always want to be a journalist. He was originally studying for the priesthood, but, he recalls, “I figured out that the celibacy thing wouldn’t work for me.” His religious faith has steered his concern for the poor and the marginalized. “When I think of the way we treat immigrants,” he says, “I recall the New Testament telling us that we will be judged in heaven by how we treat the least of our brothers.” On Long Island, “immigrants not only do the hardest, most dangerous jobs, but we make them hide in the shadows while they do them,” he says.

Bob says that “Long Island has changed for the better because of immigration, and immigrants have made an immense contribution.” But, he warns, the contribution is often ignored and even after the revulsion at the violence of the killing of Marcelo Lucero, many Long Islanders still have stereotypes about immigrants. “We have to stop thinking in bumper sticker slogans,” Keeler concludes. As Christmas approaches we should remember, he says, “that Jesus, Mary, and Joseph were on the lam, they had no papers either when they were in Egypt.”

Bob Keeler is hoping to correct the misunderstanding about immigrants by helping them tell their stories. Through his work with the Hagedorn Foundation, he is working on innovative ways to use film and social media to share immigration stories with the public. He hopes that people will stop listening to the “noise” about immigration and get to know real immigrants. “I know a lot of immigrants, and I know their stories,” says Keeler. Those stories will change how people thing about newcomers. I’ll be happy to present him with an award on November 21 at CARECEN’s Annual Dinner where we’ll hear some of the immigrant stories he’s been told.