On September 27, Pulitzer Prize-winning author Sonia Nazario will visit SUNY Old Westbury and speak at two free, public events about her book, “Enrique’s Journey,” which details the perils of migration and family separation. In preparation for the visit, Long Island Wins will feature several short memoir pieces produced through the Herstory Writers Workshop.

Surprise!” shouted my family and friends as I opened the door to my great-grandmother’s house. There, crowded together, was everyone. I did not know how all of the people squeezed into my tiny three-bedroom home, and there were even more people—the neighbors sitting on the patio under my grandma’s mango tree. I could not believe that they had planned this big party for me the day before I was to leave the Dominican Republic.

My great-grandmother, in her daily rolos, was there with tears in her eyes. I looked at her with great admiration for having been the mother she was to me. But I felt a great sadness leaving her because, in a way, we had been taking care of each other. My uncle Miguel, now at the party, had been around, too. He taught me how to read and speak the little bit of English that I knew. I told him that as soon as I arrived in the United States I was going to change my name to Katherine because it sounded more American. My uncle Lalo, also at the party, always spoiled me and took me to drive around in his car and eat ice cream. Last but not least, my friends were there. My friends who taught me how to paint my nails, do my hair; they were always there to share my good and bad moments. It was so great having one last time with all the people in my community together. A part of me felt that I was not ready to let go of them, but another part of me felt anxious for this new life. 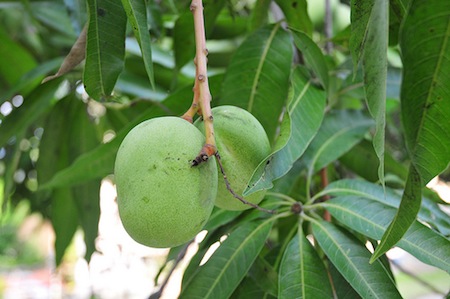 Early the next morning, I got dressed to go to the airport. I put on a white and yellow dress that my mother had sent me six months before, after she had saved enough to finally buy it. While I was putting my dress on it felt as if my mom was next to me, helping me zip it up. I imagined her doing my hair in two ponytails tied with bright yellow ribbons and her telling me how much I looked like her. But in reality, it was my great-grandmother who was there with me, telling me to put on many layers because it was going to be cold where I was going. But I did not listen and put on my beautiful yellow dress.

I left everything behind: my small room next to Grandma’s room, my clothes, which grandma said were not fit for the climate in the United States. I also left the school I was in, but, most of all, I left the people I loved. I just wanted to close my eyes and wake up to a loving family and a life that would not have to go in two separate directions.

“Oh my!” The voice of the flight attendant woke me up, telling me that we had landed. I felt so lost all of a sudden. Everyone was collecting their suitcases and getting ready to exit the airplane. I was waiting for the lady in the blue uniform to guide me out, but she was nowhere to be found. A woman came up to me telling me in English to give her my passport and to follow her. I did not understand a word of what she was saying, but thankfully this nice young girl in the seat in front of me translated in Spanish: “Dale tu pasaporte y síguela, que ella te va a llevar con tu familia, ¡buena suerte!” I gave the woman my passport and followed her with great intrigue, at the same time holding on tight to the yellow envelope that had the photo of my mother.

As I got off the plane, I saw a woman a couple of feet away screaming my name “Stephany! Stephany!” She approached me shouting happily, but with tears rolling down her face, a face that appeared so strange yet beautiful, like a wilting rose. I clutched in my hands the photo of my mother who I had not seen for a long time, and this was the only memory that kept her image alive. The woman ran to me and wrapped her arms around me as if never wanting to let go. I felt many emotions at once, but none answered the questions that confused me: Who is this woman, and why is she holding on to me? I felt so little in her arms, lonely, and at the same time safe. I felt so lost in this strange place. She had a doleful look on her face as I stared at her wondering who she was. Her delicate fingers caressed my long black hair and finally she said, “Hija, no sabes cuánto había llorado por tenerte en mis brazos . . . Daughter, you do not know how much I’ve cried to be able to have you in my arms again.” It was then I realized that the strange woman in front of me was my mother. My chest tightened, I could not breath, and I wanted to tell her how much I cared. She is the reason I had tried to be strong, but being in her arms that day felt as if life had made me vulnerable to love.

Coming out of Kennedy airport, I could not believe I was in the United States. My small feet were freezing due to the extremely cold weather. I guess I should have listened to my grandmother when she told me not to put on my yellow dress. There was my dad in the car waiting for us. He had arrived in the U.S. six months earlier because he received the visa before me. I ran to him and he picked me up very high, like he always did back in the Dominican Republic. This time, however, I felt as if I were higher than ever in his arms, and I certainly was. I felt so close to the tall buildings of New York City, as if I were looking at the world from a whole different angle. After having waited so long dreaming to be with both my mom and dad, I finally felt happiness deep within.

Stephany Ramírez is a graduate of SUNY College at Old Westbury. To order a copy of “Latinas Write/Escriben,” the bilingual anthology in which this appears, email contactus@herstorywriters.org.