It started with the economy. In the 1980s, Peru went into a recession, which led to unprecedented levels of unemployment and hyperinflation. Government corruption and economic mismanagement only made things worse.

At the same time, there was terrorism. The Shining Path, a pro-communist group, used violence and fear tactics to spread their message. Over 70,000 civilians died because of the conflict, with the Shining Path targeting shopping malls, police stations, public universities, and government buildings.

The effects of terrorism became more personal when a car bomb exploded next to my mom’s car at the airport. Thankfully my mom was not hurt although her car was totally destroyed. My father, a well-known dentist who had a private dental practice, was routinely threatened and harassed into giving money to the terrorists; this was one of the ways they raised money for their organization.

I began attending college in Peru in 1987, but after two years, my parents could no longer afford the cost of tuition and I dropped out of school. At the same time, my parents didn’t want me to go to a public university because of the ongoing violence.

This was not by choice; I was following my mother’s orders. I arrived on a visitor’s visa, but with my aunt’s help, I soon obtained a student visa and registered at LaGuardia Community College. I couldn’t afford to go to a four-year school. 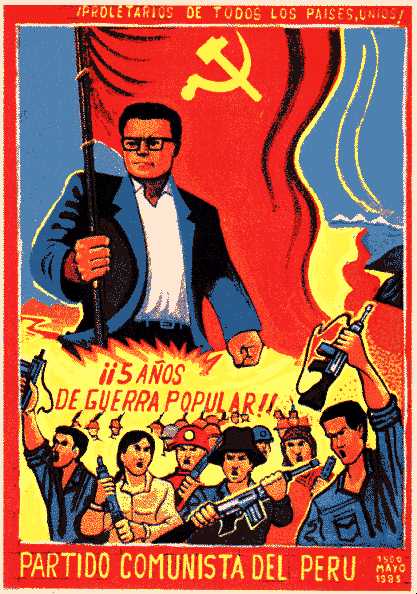 While I knew money would be an issue, I was determined to finish school and improve my life. I had big hopes and dreams, and I was resolved not to allow anyone or anything to shatter those dreams. So I babysat children and cleaned apartments on the Upper West Side whenever I wasn’t attending classes. People would ask me why I didn’t have a better job. Did they think I was lazy or incompetent? Although I was temporarily stuck in a minimum wage job, I knew that I was capable of much more.

Not being accustomed to the cold weather, I often became sick. I had no health insurance and could not afford medical care. In addition, the comfort and support I had relied on from my family was no longer available. I missed my family terribly. During this period, my grandfather passed away and I never had the opportunity to say goodbye.

For years while in school, I was terrified that immigration would find out that I was working without a permit. I was afraid to lose my student visa and get deported. I felt like a second-class citizen living in the shadows.

The distance between the United States and Peru seemed to widen, and the emotional support I once had from my parents was slowly disappearing. Since I was living on minimum wage I could not afford to make long distance phone calls to Peru as often as I wished.

Our occasional conversations were a reminder of how my life had changed, abruptly and drastically. I did not have the luxury of gradually transitioning into a new society or culture. Nothing about this experience was what I had envisioned for myself as a young girl growing up in Peru. My new life was difficult, and it did not seem fair. 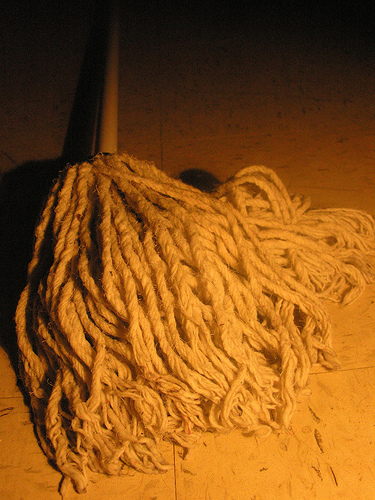 Things did get better, though. After graduating from LaGuardia Community College, I was offered a paid internship at a financial institution in the New York City. Since I couldn’t legally work, I took the position without pay.

After six months, I was offered a permanent position in the collections department. My supervisor at the time could not understand how I was allowed to be in the US but somehow not allowed to work. Thankfully, she filed a petition with immigration and I was able to obtain a one-year work permit. I decided to continue my education and registered at Baruch College, working during the day and attending classes at night. Even with a full-time job, I continued to babysit and clean houses on the weekends; that allowed me to send money to Peru and help my family.

Aside from my career, things were improving in other ways. In 1990, I met Henry Mancera through mutual friends at LaGuardia Community College. Henry was also an immigrant student – he was from Colombia, with permanent resident status in the US. He and I shared many of the same struggles: We both worked full-time jobs while attending school, we were both learning a new language, and we both missed our homes and families.

Shortly before graduating from Baruch, I married Henry, which meant I could apply for a green card. After a decade in the US, I finally became what immigration calls a “permanent resident.” This meant I could go back to Peru to visit my family.

My first return home was not as I had anticipated it to be. My younger siblings whom I had left as children were now young adults. I hardly knew them, and we didn’t have much in common to talk about. My parents had gray hair and had aged with the passing years.

In addition, I still carried many childhood memories of the violence and upheaval caused by the Shining Path. The fear I had left behind quickly resurfaced, and it was difficult to leave the security of my parent’s home even to go visit childhood friends and relatives. I was overwhelmed with the feeling of no longer belonging. I had become a stranger in my native country, and to some extent within my own family. I could no longer consider Peru my home.

For years, I struggled to answer the nagging question of where I belong. I knew Peru was not home, but the US didn’t feel like home, either.

In 1996, my husband and I purchased our first home in Dix Hills. I was four months pregnant with our first child at the time. Two days after we moved in, we received a series of hate letters. The last letter contained threats of burning down our house and killing us. I couldn’t understand why I was not welcome in the neighborhood. Was it the color of my skin? Was it because I was an immigrant? Thankfully our neighbor Larry, the commissioner of the Dix Hills Fire Department, came to our aid and notified the proper authorities. Larry and another neighbor Steve, both senior citizens, watched my house day and night to ensure our safety. 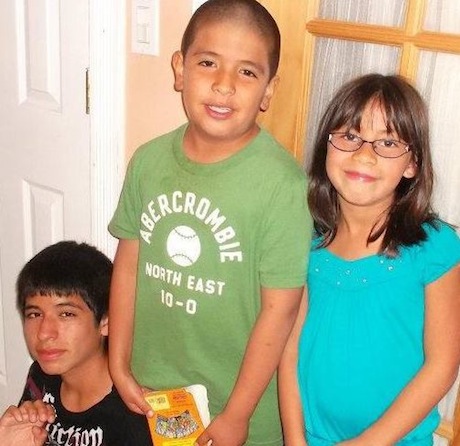 At this point, my career in Manhattan was well established and I was earning a good living. I owned a home in the suburbs and I was expecting my first child. I was living the American Dream.

This may sound surprising, but despite all the trials that I went through coming to this country as an immigrant, one of my most painful and life-changing events had nothing to do with my immigration experience. It was the terrorist attacks of September 11.

Thankfully, I wasn’t physically affected by the attacks—neither I nor my loved ones were at the World Trade Center on that day—but like other New Yorkers, I felt viscerally impacted on a personal level. It was at this moment that I realized that I had truly embraced New York as my home and identified myself as an American—a citizen of the United States. I had begun to feel secure in America, safe. Now I watched as the city where I had grown into my adult self suffered a horrible wound, and I grieved along with everyone else.

I am proud to say that I have obtained my American citizenship and that I now work as a debt counseling supervisor for a non-profit human service agency, Family Service League. Through my work, I provide much needed pro bono financial counseling and foreclosure prevention counseling to my fellow Long Islanders. Financial struggles have crossed socio-economic lines and people who once felt financially secure are struggling in this recession. As a country, we haven’t faced this sort of challenge since the Great Depression. I am reminded of the situation that caused me to migrate from Peru 23 years ago. In contrast, however, I am not being forced to flee from the situation. Rather, I am in a position to assist others.

As a newcomer to this country, I’ve had successes and struggles, but I feel thankful for all of my experiences – they’ve made me who I am, and have given me the strength to help others. I wasn’t born in America, but in my heart I became an American many years ago. I will always speak with an accent and my skin tone may always set me apart. These differences are obvious and sometimes do present obstacles. They won’t, however, prevent me from loving this country.

Pilar Moya-Mancera is a financial literacy and debt counseling supervisor at Family Service League. She lives in Dix Hills.