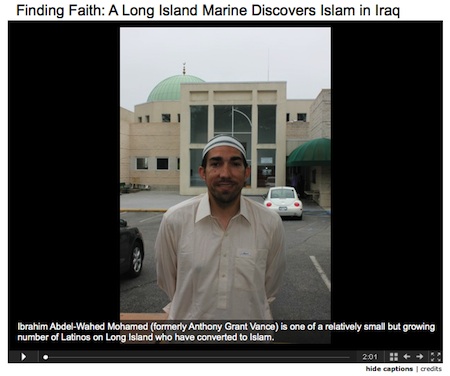 Before Ibrahim Abdel-Wahed Mohamed left Sea Cliff for a tour of duty with the Marines in Iraq, he was Anthony Grant Vance, the son of American and Panamanian parents who had raised him as a Catholic.

Despite his Christian upbringing, though, he had been curious about Islam since his childhood in Kansas, where he had two Afghani friends. He thought about pursuing anthropology studies to further learn about religion and different cultures, but instead ended up joining the military.

Mohamed felt the pull toward the faith strengthen in Iraq – “the heart of the Islamic world,” as he says – and he reached out to the Muslim contractors on his base and started learning about the precepts of the Quran. 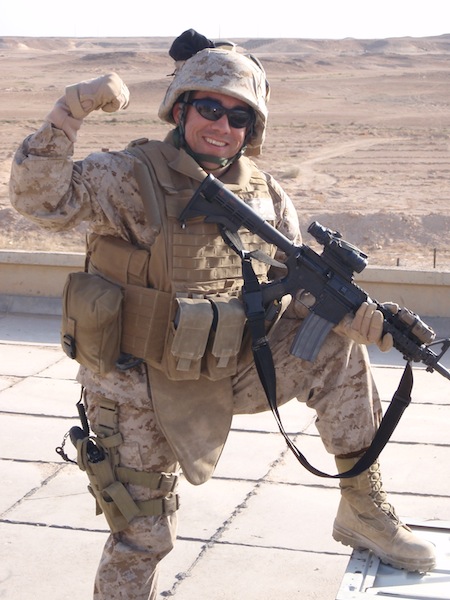 Convinced that he was being called to Islam, he officially became a Muslim while still serving in Iraq. There he underwent Shahada, a profession of faith where a person testifies in front of others that “there is no god but God and Mohammad is the messenger of God,” as the Sunni declaration reads.

His transformation may seem dramatic, but it’s not entirely unique. The number of Latinos in the US converting to Islam is growing, and Long Island is no exception.

In 1997, the American Muslim Council counted approximately 40,000 Hispanic Muslims nationwide, but that number could nowadays be closer to 75,000, according to Latino American Dawah Association (LADO), an organization committed to promoting Islam among the Latino community within the United States.

Juan Galvan, a member of LADO, affirms that Latino converts to Islam are increasing. “Many Muslim organizations have stated that the Latino Muslim community tripled or quadrupled after 9/11,” he says.

Mohamed firmly stands with the latter, as one of a small percentage of soldiers who fought in Iraq and returned with a new faith.

In some ways, his roots may have predisposed him to theological experimentation.

Born in Panama to an American Marine father and Panamanian mother, he was baptized and raised as a Catholic. His parents divorced when he was an adolescent, and his father became a Jehovah’s Witness. The conversion led his father to retire from the military after 13 years of service, telling Mohamed that once you decide to follow God, “you don’t pledge allegiance to a country, but you pledge allegiance to God.”

Still, Mohamed followed in his father’s footsteps and joined the Marine Corps after he finished high school. As a Marine, traveled around the country, living in California, Virginia, North Carolina, and New York, where he finally settled down.

It was working at the military base in Garden City when Mohamed first saw the Islamic Center of Long Island in Westbury, a place that always intrigued him. “We passed by the mosque a couple times and I had the curiosity” he recalls. After several years on Long Island, he was sent to Iraq in 2008. 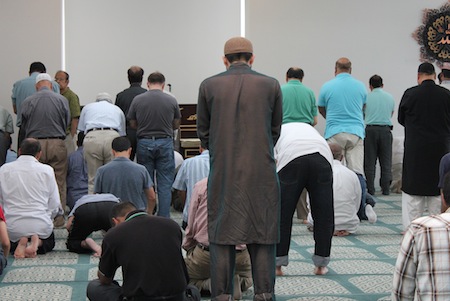 Two years have passed since Mohamed converted to Islam. Now he lives in Westbury, attends the Islamic Center of Long Island, and is pursuing a major in education at CW Post.

He still maintains an open mind when it comes to other religions.

“I’m not here to put anyone else down for their beliefs,” he says. “I still believe that there are many lessons to be learned from other faiths.”

This is the first part of a series looking at Latino Muslims on Long Island.