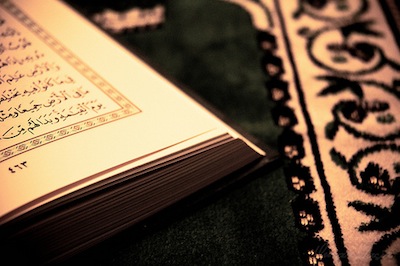 On May 18, I spoke to the Muslim community at the Islamic Center of Long Island in Westbury about the importance of being welcoming, gracious, and hospitable to the “other,” which, in this instance, meant newcomers to our communities: immigrants.

New York has always been a gateway for immigrants. They have brought new energy, new ideas, and innovations that have made this state unique.

On Long Island, immigrants represent 16 percent of the population adding about 17 percent to the value of the economy, according to a recent report. They are homeowners, business owners, and entrepreneurs who are dedicated in what they do. Immigrants own 22 percent of small businesses on Long Island and pay taxes, just like US-born residents.

At the Islamic Center, we believe that in being good to neighbors, visitors, and immigrants holds the key to fraternal peace and communal harmony.

Such ideas are clearly stated in the Quran. Take this quote from Chapter 4, Verse 36, for example:

In my sermon, I related this passage to present-day policies, calling on the congregation to make a pledge:

“Let us the Muslims support a humane compassionate national immigration policy, support the DREAM Act and minimize or eliminate policies which separate families, traumatize communities, and trample on due process.”

We embarked on the topic that day, but immigration is an issue that our community should be engaged with on a regular basis, and in the coming months and years, I hope to see more Muslims on Long Island actively supporting common-sense immigration policies.

Dr. Faroque Ahmad Khan, born in Kashmir, India, is a member of the board of trustees at the Islamic Center of Long Island. He has had several contributions and roles inside and outside of the center, including president, chair, and founding member. In addition, he has been a professor of medicine at the State University of New York at Stony Brook.