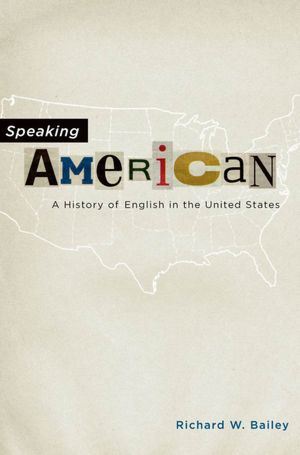 Yesterday, John McWhorter wrote about the new book, Speaking American: A History of English in the United States in The New York Times Book Review. McWhorther, himself a linguist and conservative intellectual, points out the multilingual character of 19th and early 20th century America.

The review cites a 1903 report that said that in Chicago there were 125,000 people who were Polish speakers, 100,000 Swedish speakers, 90,000 Czech speakers, 50,000 Norwegian speakers, and 35,000 Dutch speakers. So much for the all-too-frequently espoused idea that the language of Americans was always English.

In fact, until the 1920s, America was a place where large numbers of immigrants and their children spoke the language of the country of their ancestry.

That decade, however, saw the rise of the second Ku Klux Klan and various immigration restriction leagues, and, as a result, English-only became the order of the day. Use of other languages was banned.