On November 7, 2008, a group of Suffolk County teens went out looking for Latinos to assault, an activity they referred to as “beaner hopping.”

They eventually encountered Marcelo Lucero, a 37-year-old Ecuadorian immigrant who was walking with a friend near the Patchogue train station. The teens attacked Lucero, with one assailant stabbing and killing him.

That tragedy brought national attention to a pattern of violence against Latino immigrants in Suffolk County. In the process, it also drove several local artists to incorporate such crimes into their work.

Margarita Espada, the organizer of our Welcoming Long Island campaign, wrote and directed the play “What Killed Marcelo Lucero?” in conjunction with her theater group Teatro Yerbabruja. A Brentwood-based filmmaker created the short film “Taught to Hate,” which screened in festivals across the country. In addition, two documentaries are on the horizon, with one set to air in September.

LIE, by Caroline Bock, tells the story of a fictional hate crime that occurs on Long Island, leaving a Salvadoran immigrant on the brink of death and a group of teens struggling to justify their own participation in such a heinous crime. The central narrative thread draws on the Lucero killing, as well as two other hate crime attacks in Brooklyn and Shenandoah, Pennsylvania.

To show the psychological reverberations of hate crime, the novel offers insight into the thoughts of those tied to the attack. Each chapter is written in the first person, but from a shifting range of viewpoints. We hear from the mother and brother of the victim; we hear from teachers and friends of the attackers.

We also hear from Skylar, the girlfriend of the lead assailant and the novel’s central character. With her boyfriend in jail and awaiting trial, she struggles with her own sense of morality, and whether she should break the code of silence among her friends regarding the crime.

In anticipation of the August 30 release of LIE, St. Martin’s Press has provided Long Island Wins with a short sample of the novel.

Below is a special excerpt from the first page of LIE: 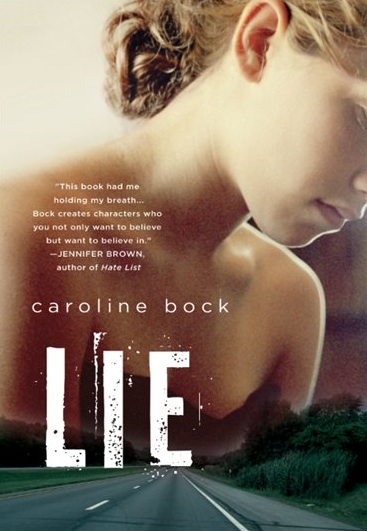 I should be in calculus, reviewing for the final, not at the police station. Or I should be in the school parking lot, deciding on whether to cut class and go to the beach with the other seniors. Or at the diner with Lisa Marie. Or even home. I should be anywhere but here.

“Let me tell you about Jimmy,” I answer Officer Healey. “Jimmy stands up for his friends, keeps his word, and is the star of the varsity football and baseball teams. He couldn’t have planned to hurt any Mexicans. Especially brothers. Jimmy has a little brother.” I’ve been here for over a hour, being asked about Jimmy, about last Saturday night. I sit up straighter. “And it’s important for you to know that I’ve never called anyone a ‘beaner,’ and I‘ve never heard Jimmy use that word either.”

Officer Healey hunches over, slashes down notes, not disagreeing or agreeing. He has sprigs of red hair, watery eyes, and he winces as if thinking hard. He could be any of my friends’ dads, a coach of soccer or Little League, a worrier, a sideline pacer.

“No one at school ever talked about going out and jumping Hispanics or other foreign nationals just for fun? No one used the term ‘beaner- hopping’? No one said anything like that in school?”

I shift toward the edge of the metal chair to keep my balance. I wish I were taller. I run my hands through my hair. I should have brushed it back, worn something other than black, practiced smiling like Lisa Marie suggested.

“Anything more you want to tell me? Better to do it now, Miss Thompson.”

Caroline Bock is a resident of Old Bethpage. To visit her website and learn more about LIE, click here.