Long Island is home to many different cultures, each with their own proud histories and traditions. Among those is the Greek heritage, which runs strong in New York, including right here on Long Island.

In fact, New York is home to the largest number of those with Greek ancestry in the country. Towns on Long Island such as Plandome Manor, Munsey Park and Brookville are all home to sizeable Greek populations.

Those of Greek heritage are very proud of their ancestry – that pride was on full display this past weekend in Brookville during the 37th Annual Greek Village Festival, hosted by the Greek Orthodox Church of the Holy Resurrection.

The three-day festival, which spanned the evening of Friday, June 7 through the night of Sunday, June 9, was a celebration of Greek culture and heritage, where attendees could enjoy authentic Greek foods, cultural music, kiddie rides for the young ones and a flea market shopping experience at Yia Yia’s Attic. 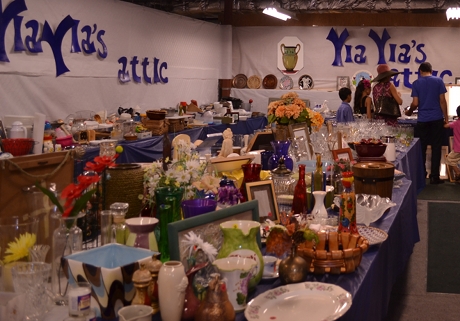 “This event is a celebration of our culture and who we are as a church family, and we want to showcase that to our neighbors and friends,” said the event’s Co-Chair Organizer Stella Hetzer.

The festival has a rich history, dating back more than three decades to 1976. The founding pastor, Father Emmanuel Gratsias, created the event, which at the time was held at the Methodist Church of Glen Cove, as a fundraiser in the hopes of building a bigger church for the community.

Father Gratsias’s dreams became a reality in 2005, when the Orthodox Church in Brookville opened its doors, in large part because of the success of the annual Greek Festivals.

The festival has greatly evolved over the years, according to Hetzner. The event has been a family affair – she and her husband have been organizing the festival since 2006 and Hetzer’s son does the lighting for the event. 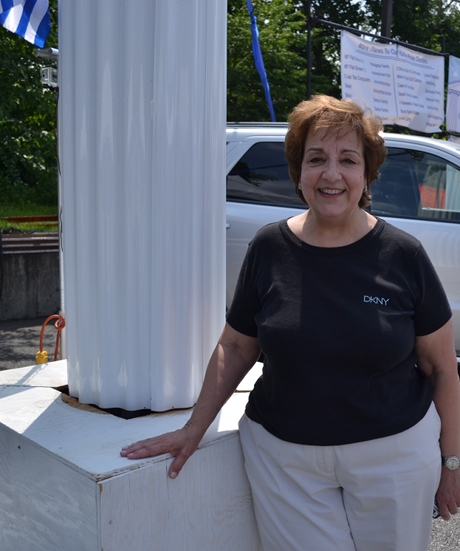 Hetzer is of Greek ancestry; her grandparents were born in Greece and came to the United States through Ellis Island in the early 1900’s.

“I was born here but I speak Greek and I read and write it too, which is a big part of growing up Greek,” said Hetzer.

One of the volunteers at the event, Christos Fakatselis, believes that it’s imperative for those of Greek ancestry to teach their children the language at a young age, in an effort to keep their culture alive here in the States.

“It keeps our culture going, it helps our kids understand our culture,” said Fakatselis, who was born in Yianna, Greece. “My kids went to Greek school and they learned the language, learned how to read and write Greek and that’s how the Greek community survives,” said Fakatselis. 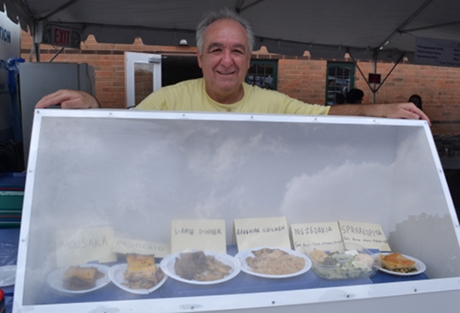 Greek culture and history is among the oldest, dating back to the early days of civilization. It’s one of the things that ties the Greek community together.

“[Greeks] came up with a lot of things [that still exist today], such as the Olympic games, such as democracy,” said Fakatselis. “The Greek culture was also big in the arts.”

As a Greek immigrant himself, Fakatselis believes that festivals such as these are a great opportunity for Long Islanders to learn about and embrace the immigrant community because they bring a unique perspective of a culture.

“It’s important not only for the Greek community, but for any immigrant community’s culture to survive, especially in a country like the U.S., which is comprised of multicultural backgrounds,” said Fakatselis.

Publicity Chair Person, Zefy Christopoulous, who has been a part of the festival for the past 27 years, said that the event is a day to welcome others to celebrate the Greek culture.

George Michail is the designer of Ugleez color couture jewelry and was among those selling their crafts at the festival. His creations are inspired by his work as a gift wrapper and are a reflection of his Greek identity as well as his love for the 70’s.

Michail was born in Brooklyn to parents from Sparta and Cyprus. However, growing up, he had a difficult time identifying with his Greek heritage. 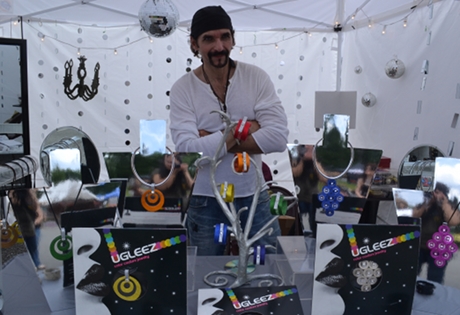 “When I was young, I didn’t want to say I was Greek,” said Michail. “I said I was Italian because I liked Italian food and didn’t like Greek food. And now I’m so proud of being Greek.”

It wasn’t until later in life that Michail had the opportunity to understand Greek history and culture in order to accept it within himself, instead of identifying with a different culture. He also became closer to the Greek faith by attending church at the Holy Resurrection.

Michail hopes that children of Greek ancestry learn to embrace their culture from a young age.

“It’s especially important for younger kids to feel proud of being Greek,” he said. “If I had events such as these when I was younger I would have been able to embrace it.”

As the Greek Village Festival approaches its 40th anniversary, Co-Chair Organizer Stella Hetzer hopes to see the festival continue for decades to come.

“I hope one day to turn it over to our successors and that they take it to the next level.”