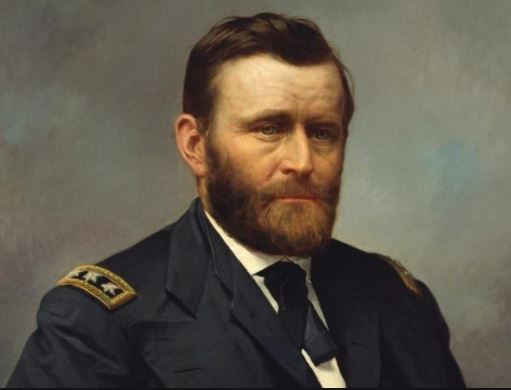 Jews in 1860s America made up less than 1% of the total population. Roughly half of them were immigrants. Many Americans only knew the Jews through their Bibles and ancient stereotypes.

While America was becoming a haven for the persecuted Jews of Europe, some citizens were uncomfortable with an influx of people whose loyalties they suspected. General Grant’s December 1862 order expelling the Jews from his military district was supported by many of these Americans. For example, soon after the order was issued, an Associated Press reporter wrote in an article that “The Jews in New Orleans and all the South ought to be exterminated [because they] are always found to be at the bottom of every new villainy.”1

Jews worried that Grant’s order reflected the anti-Semitic attitudes expressed by some abolitionist adherents of evangelical Christianity. One of the most radical abolitionists, William Lloyd Garrison had described a Jewish opponent as “a lineal descendant of the monsters who nailed Jesus to the cross…”  The fierce Protestantism of anti-slavery crusaders sometimes made them antagonists of Catholics and Jews.  In turn, the abolitionists were often equated with Know Nothings by immigrants. In common with some Irish immigrants, a few Jewish leaders feared that the recent emancipation of African American slaves might foreshadow the displacement of unpopular immigrants by newly freed blacks.2

Beyond Grant’s motives, rabbis and other leaders worried that the entire American Jewish community was stigmatized by his order. Jews in Kentucky appealed Grant’s expulsion in a telegram to Abraham Lincoln. They alleged that if the order was to stand, Jews would be viewed by other Americans as an outlaw class. This, they argued would only serve to increase prejudice against the Jews everywhere in the United States. Rabbi Isaac Mayer Wise was Cincinnati’s leading rabbi and the publisher of a Jewish newspaper. He was the Jewish community leader closest to Grant’s command. As Jews in several towns began to be ordered out by local military commanders, he tried to rally his people to protest the expulsion. He wrote:

Israelites, citizens of the United States, you have been outraged, your rights as men and citizens trampled into the dust, your honor disgraced, as a class you have been officially degraded! It is your duty, the duty of self-defense, your duty first to bring this matter clearly before the president of the United States and demand redress, the satisfaction to the citizen who has been mortified and offended.3

Jews tried to rally support beyond their communities by implying that if they could be expelled now, other unpopular minorities, like Irish Catholics, could be the next target. They also warned military leaders that the issuance of Grant’s order could ignite protests that would distract from the war effort. But their main focus accorded with Rabbi Wise’s call. Delegations from Kentucky, Ohio, and elsewhere were soon on their way to Washington to try to meet with Lincoln to lay out their case for revocation of the expulsion order before the president.4
Video: Jewish Soldiers React to Grant’s Order