The work of Mr. Shiels would not have been possible before the Internet Age. Although his writing focuses on New York’s Five Points and the battlefields of Virginia, he conducts most of his research from his native Ireland. He has developed a unique transnational following based on his blog Irish in the American Civil War. Before he wrote his first book or gave his first lecture in the United States, Mr. Shiels was conducting electronic research into the pension files of Irish veterans and winning over thousands of readers through his web site Irish in the American Civil War.

Damian’s careful research in the pension files of the National Archives has uncovered hundreds of letters from soldiers and their families describing Irish immigrant military service in the Union army and navy. These provide insights into the lives and suffering of men who became too feeble through age or wounds to support themselves. Most poignant are those letters he has culled from the Widows and Dependents Pension Files. He writes that “In reading each one, I always do so in the awareness that the story ultimately did not have a happy ending- in every case the soldier died as a result of his service.” These are often tearful letters from homes in New York or Boston to men dying in Virginia hospitals. One letter from a New York Irish woman to her wounded son that Damian uncovered read;

When she wrote the letter, her son was already two weeks dead..

Damian’s first book, The Irish in the American Civil War, is a lively yet scholarly account of Irish involvement in the Civil War as told through the individual life stories of Irish men and women. The book provides what Lincoln called the “annals of the poor,” the stories of ordinary men and women, as well as sketches of more prominent immigrants. It rescues from obscurity the immigrant voices that never seem to get heard in American history. 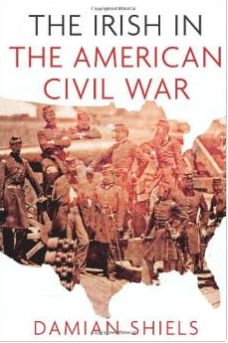 Last year Mr. Shiels began lecturing in the United States on the history of the Irish during the war. One historian called him a “rockstar,” another referred to him simply as “our Irish guy.” Through his tireless work, Mr. Shiels is exciting new interest in our shared immigrant history in the United States. Equally important, he is working in Ireland to raise awareness of the 19th Century Irish diaspora. Immigration, by its nature, always involves at least two countries. Immigrants, with feet in two worlds, are often forgotten by both.

For his passion for telling the story of a despised and discriminated against immigrant group thrown into the greatest crisis in American history, I am happy to present this year’s The Immigrants’ Civil War Award to Damian Shiels. 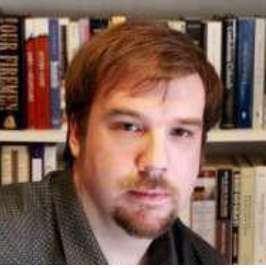 123. Immigrants March Out of The Wilderness and Into a Wicked Hail of Gunfire

124. Peter Welsh in the Irish Brigade’s Purgatory at Spotsylvania

125. Peter Welsh: What Sacrifice Must the Immigrant Make for His Adopted Land?

126. A Second Irish Brigade’s Catastrophe at a Forgotten Fight Near Fredericksburg

127. An Irish Man and a French Woman Between Spotsylvania and Cold Harbor

128. Two Irish Brigades Swept Away by a Hurricane from Hell at Cold Harbor

129. Petersburg: The Start of a Ten Month Siege that Devoured Men and Disabled the Irish Brigade

130. A Volcano in Virginia: The Battle of the Crater

132. August Belmont: The German Jewish Immigrant Who Led the Opposition to Lincoln’s 1864 Reelection

133. Lincoln and the Superiority of the “Negro” over the Irish

135. Lincoln’s German Lawyer Comes Out Swinging in the Election of 1864

136. Lincoln Wins the Election of 1864 With Immigrant Votes

140. German General Weitzel and His African Canadians at Petersburg

141. Irish Regiment at the Beginning of the End of the Confederacy at Five Forks

142. Richmond Burning: The German Immigrant and Black Troops Who Saved the City

143. Appomattox: The Capture of a Confederate Army & the Fall from Grace of an Immigrant General