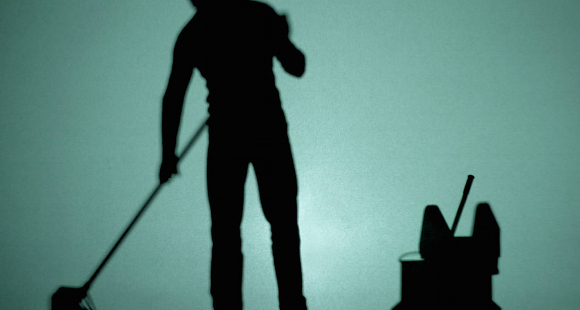 In our everyday lives, we often come into contact with people whose lives blend so serenely into plaster walls and old tile floors, that we hardly notice them.

I knew Juan Torres as a custodian in his late 70s in a school district on Long Island. He would shuffle with a cavalier grace in the school halls during the night shift. Despite his age, he would always carry with him a ready smile and a polite greeting of respect for the teachers on his floor so very much younger than he was.

This gentle man understood what it meant to be a Latino on the mainland from Puerto Rico and yet, despite looks of disdain from some and a daily struggle to keep going, Juan managed to smile easily, engage readily with those willing and repeated the daily cleaning of classrooms, bathrooms and halls each and every day from 3 to 10 pm.

I remember Juan would occasionally miss spots, as he would straighten crooked rows of desks, and stretch the large bristled push-broom in between each row. Within his litany of cleaning chores you’d find him picking up carelessly tossed papers, pens, pencils and other sundry finds, sweeping, cleaning, washing, emptying totally unsavory garbage from clueless teenagers, cleaning students’ and teachers’ bathrooms and the water fountains (which just for laughs kids would sometimes leave things in like half-eaten sandwiches or crumpled, corrected homework).

I glance through my own house and sometimes grimace at the accumulated dust, realizing how difficult it is to keep everything sparkling. Sometimes, a quick dusting is all I have time, effort, energy or the will to do – and I am nowhere near seventy-seven! So for those spots he’d sometimes miss, he could easily have been forgiven.

Most times, I’d stay late after school. The tumultuous noise of the day totally dissipated as students left for their in- or out-of-school activities. Staying after hours meant that I’d have the pleasure of putting on my favorite music streaming on the computer, correcting classwork or quizzes and hearing Juan call, “Good evening Ms,” as he’d shuffle into the room, push-broom in hand after wheeling an immense, black garbage bin that stopped right outside the classroom door.

I’d make it a point most days to remember packing an extra apple with my lunch – one for Juan – as later in the day, it seemed he could use the added zest from a piece of fruit. “Juan, would you like an apple today?” “Why sure, Ms …thank you!” And whenever we would have food remaining from the teachers’ lounge or from class, I’d ask if he’d like some. Being a diabetic, he’d sometimes refuse candy, but even that, most times, he’d gratefully accept. And if he definitively couldn’t consume whatever food was offered, he’d often volunteer to take it to others – family or friends, I never knew.

Soon after the New Year, Juan was transferred to another school. I heard rumors that someone complained about his failing cleaning skills. There were no more apples being shared, no more conversations about his family and grandchildren, no more interchanges of smiles and jocund laughter. Then in March 2013, we heard the news that Juan had passed away. 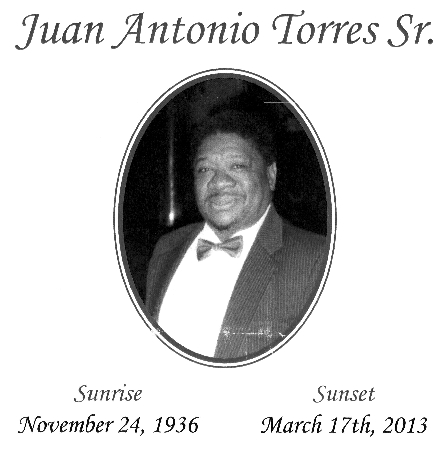 As a figure, Juan the custodian was far from glamorous, but he was, in the true sense of the word, a “custodian.” He took care and custody of the little things anyone would ask – an extra wastebasket, more trashcan liners, or opening a locked file cabinet. He cared for, guarded and protected people who were close to him.

Juan and others like him who performed small but meaningful tasks in our world oftentimes go unnoticed and largely taken for granted. What twelfth grader looking to enlist with the military recruits on campus, with their gleaming uniforms and smooth talk, is able to stretch his mind far enough to see himself in a five foot five American from Puerto Rico? How were they to know that this elderly man was at one time honorably serving in the United States Navy? Not many, I’d guess. But it is certainly worth our time and energy to just stop for a moment and discover the stories that people have lived and are living. We just might find a bit of Juan in each of us with which we can and should identify.