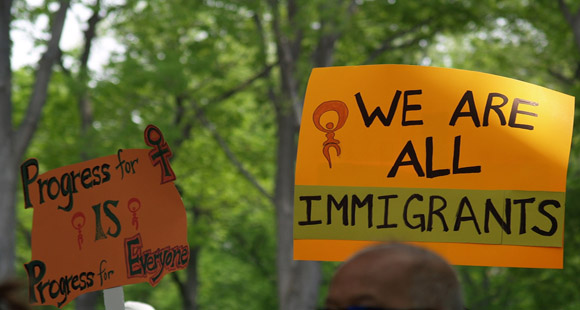 This issue is extremely relevant in my household because my mother is an immigrant from Ethiopia. Her father was the Defense Minister under emperor Haile Selassie, and was assassinated during the Revolution.

After experiencing many traumatic events, she fled to the United States, where she settled down, and years later, was able to get a degree in Social Work.

Although the circumstances in which my mother immigrated to the United States are rather unique, she experienced many of the same problems as most immigrants, including the language barrier and the feeling of loneliness.

My mother’s experience shows that even though people move here for different reasons and arrive with different abilities and opportunities, the immigrant experience has many common themes. I learned this when I began an interview project for my work at Long Island Wins.

I interviewed three immigrants I know or met through friends. I wanted to understand the similarities and differences in their experiences coming to the U.S. I tried to touch on several prepared topics for each interview, including the reasons why people came here, what it has been like for them in America, the degree to which they have become “Americanized” and the degree to which they have held their original culture.

Every story was very interesting to me, and I was pleased that all the people I’ve interviewed so far are happier living in America than in their own countries, although, some adapted more easily than others. Since I promised my subjects anonymity, the names I have used in this article have been changed.

The immigrants I interviewed are proud of where they came from. For Jeanne, born in Bordeaux, France, nothing can surpass French culture, and she seeks out all French things whenever they are accessible from her home in Port Washington.

Jeanne came here as a teenager to be an au pair. She fell in love with a local man, married, and lives here with her husband and two children. She watches French films, finds restaurants that serve onion soup, and works as a translator for French people who visit here. She visits her hometown of Bordeaux once a year. She even participated in the JeSuis Charlie march in New York City. 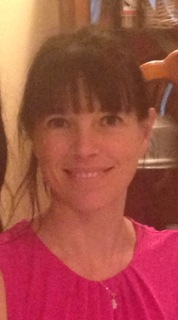 I also interview Juanita and Maria, mother and daughter respectively. They are from the outskirts of La Paz, Bolivia. Juanita immigrated here six years ago to find a suitable place for her family and Maria immigrated four years ago with her brother. They are very proud of their original culture, but find it hard to meet other Bolivians here, even in Port Jefferson, the community where they live, and a place where many Hispanics reside.

When I brought up American culture, Juanita sprang a huge smile on her face and passionately described her love for the States, but also stressed that it is very important to preserve her mother’s Bolivian culture. 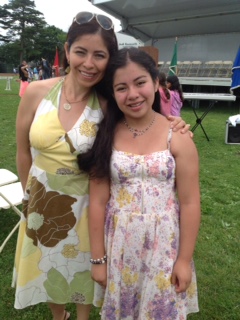 Photo: Juanita and Maria, mother and daughter, from Bolivia

Konjit is an immigrant from Ethiopian living in D.C. She is proud to be Ethiopian, but finds herself as more of a citizen of the world, saying that she considers every place a part of her. Konjit is my aunt (my mother’s sister), so she too underwent the horrors of war. Even though Konjit went through a lot in Ethiopia and found haven here, she doesn’t feel any sort of nationalism towards the U.S., which shows that every immigrant is different. 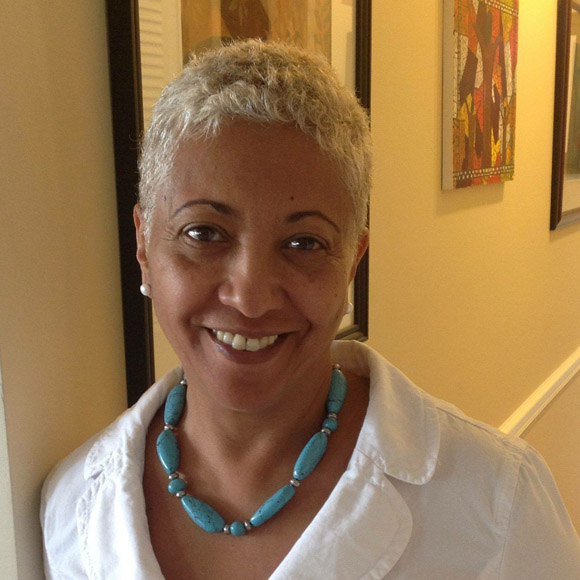 While Jeanne and Juanita feel intense pride to be American citizens, Konjit feels that there are many flaws in the justice system and other areas of the government, just like in any other country.

All of the interviewees came to the U.S. for different reasons, and adapted at different rates, but eventually, they all started to love the U.S.

Maria’s adaptation was far easier than her mother’s. She was placed in an ESL class for 6 months, and now speaks English very well. She loves school, and is an honor roll student. Her teachers are all very kind to her and she has plenty of friends.

Her mother didn’t speak any English upon arrival. She came from a rural area, so it was very difficult for her to do the simplest of things, such as using public transit, and ordering food. All of her family was back in Bolivia, so she felt very alone. Now, Juanita speaks perfect English, works, and is married.

Jeanne’s transition was remarkably easier than Juanita’s. Jeanne knew English before arriving in New York City, and lived near a French community, so she didn’t feel like she was completely alone in a new place. The diversity of NYC also helped to keep her grounded.

Konjit also knew English and began her college studies here before she permanently immigrated, so it wasn’t a totally new experience for her.

Going into this experience I expected that younger people would automatically have an easier time adjusting to a new way of life, but now I realize that there is a plethora of factors that contribute to the difficulty of migrating.

Jeanne had a significantly easier time immigrating here than Juanita. Juanita had many encounters with people who disrespected her due to her status as an immigrant, and Jeanne never did.

Doing this project made me realize that I take my American-born status for granted. I never had to learn English as a second language, or try to make friends in a new country.

These are monumental tasks for people to face, and the least that I could do is educate myself on how immigrants benefit our society, and always be an open-minded individual.

Another important thing to remember is that there is no one definition of an immigrant. There are people like Jeanne and Juanita who are very patriotic towards their birthplaces and America, and there are people like Konjit, who never quite feel like they fit in.

Everyone has a different story, each person adding a piece to the mosaic of the United States.