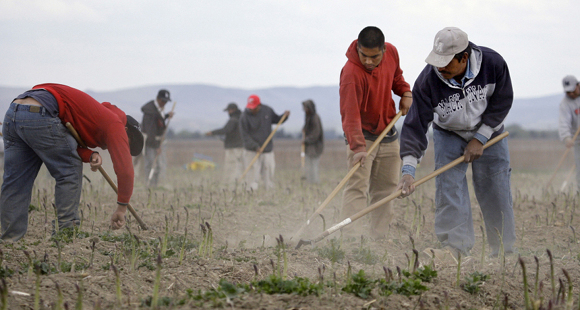 This article originally appeared on ThinkProgress.

Immigrant labor has quite literally helped to pave the very foundations of American infrastructure from expanding western frontiers to maintaining the agricultural landscape to sustaining economic contributions. Yet even as immigrants continue those contributions, they remain a scapegoat for disappointing economic outcomes. As Labor Day approaches, here are some ways that immigrants play a crucial role in the modern economy:

1. Farm workers keep your dining table plentiful.
Comedian-satirist Stephen Colbert demonstrated the aversion of American workers to farm labor when he quit farm labor after just one day. While most actual American workers last more than a day, studies show by American workers simply do not stick with farm labor. After officials in Georgia took up an anti-immigrant law, there were 11,000 vacant farm jobs and fields left with rotten fruit and crops, and some farmers faced a labor shortage so severe they were almost forced out of business. Yet even though immigrants make up an overwhelming majority of the nation’s agricultural workforce, they are not repaid for their hard work. Rather, they are subject to harsh working conditions, wage theft, and are among the poorest of the working class. 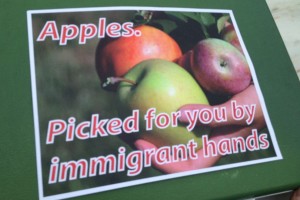 2. Immigrant tax contributions make it possible for American workers to have adequate care in their retirement years.
Even as a recent study found that elderly Latinos are more likely to spend their retirement at or near the poverty level, they, along with other immigrants, likely spend their prime working years contributing to the Medicare system surplus and sustaining the Social Security Trust Fund. And as long as they have a social security number or a tax identification number, legal and undocumented immigrants alike pay into both systems. Some undocumented immigrants cannot collect on the benefits for either system, so their contribution is one-sided.

4. Immigrants help raise American wages.
Looking to the most recent immigration wave between 1990 to 2006, immigrant participation increased the earnings of U.S. workers by about 0.6 percent. But looking ahead to future immigration, immigrant laborers are also expected to raise the earnings of U.S. workers by at least 0.4 percent. In spite of claims that immigrants take jobs away from native-born workers, studies find that immigrants bring different, complementary skills and fill the demand for jobs that would otherwise go unfilled, such as farm labor. Immigrants are also more willing than native-born workers to travel with changes in the labor market, stabilizing the national employment landscape.