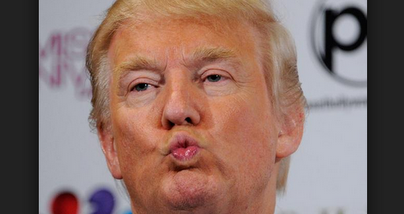 Last week the House of Representatives voted on a bill that has now been commonly referred to as the “Donald Trump Act.” This legislation was introduced in reaction to the fatal shooting of Kathryn Steinle in San Francisco.

The bill was created to punish San Francisco and other so-called “sanctuary cities” by denying critical federal funding to states and localities that have established policies limiting collaboration with federal immigration enforcement authorities.

The official title of the bill, “Enforce the Law for Sanctuary Cities Act” (H.R. 3009), would hurt localities like Nassau and Suffolk counties that have instituted local policies to improve public safety and help build community trust between immigrant communities and local police enforcement agencies, policies that have made all Long Islanders safer.

If this bill becomes law it will have a significant affect on all Long Islanders, immigrant and native-born alike. And here’s why:

1. This is an issue of public safety for all residents of our community. Our county and local police forces understand that fostering trust between local police and immigrant communities is central to law enforcement’s mission of public safety and reducing crime. Immigrants must be able to safely go to police either as victims of a crime or to report crimes without the fear of deportation.
2. If federal funding is denied to our Long Island municipalities, law enforcement will have fewer resources to serve and protect all members of the community and will cause more crimes to go unreported.
3. Immigrants who want to fully and lawfully participate in our community to legalize their status should be able to do so without living in fear of deportation. Attacking police for refusing to assume liability and financial responsibility for ICE’s haphazard immigration enforcement practices puts us all at risk.

526,000 immigrants make their home on Long Island and are responsible for 20% of our economic output. Without our immigrant population, Long Island would be a very different place economically and culturally. Over the last several months, anti-immigrant sentiment has resurfaced in several Suffolk towns. Congressman Lee Zeldin, who represents these towns, voted in support of the so-called “Donald Trump Act” while Congressman Peter King rightfully voted against it.  Thank you Congressman King for refraining from exploiting the tragic death of Kathryn Steinle to scapegoat all immigrants and attack the vital role “sanctuary” policies play in keeping our community safe for all.

This punitive and misguided bill fails to accurately reflect the complexities and nuances of immigration enforcement at the local level. Our nation deserves immigration policies that reflect our values, foster trust, and enable immigrants and their families to have the freedom to fully contribute to our communities and our economy.