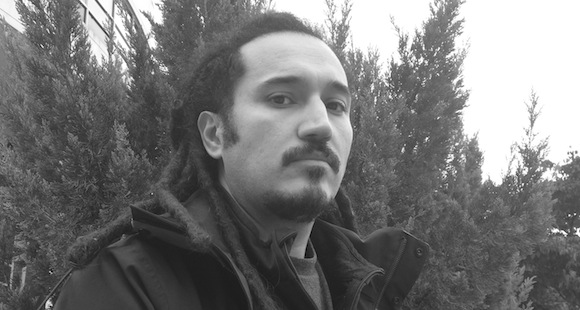 Music has always given a voice to the otherwise voiceless. And hip-hop music at its best has been about politics as well as the party, with a long history of addressing social justice, particularly on the issues affecting African-Americans. But Salvadoran-American hip-hop artist and East Rockaway resident Cruz Kontrol has brought a new breadth to the medium, organizing music and cultural events with a focus on political advocacy from an immigrant perspective.

His most recent project, titled “We Are the Children from the Border,” focuses on the newly arrived children from Central America. From January to September of 2014, more than 2,600 children came to Long Island fleeing gang violence and poverty in Honduras, Guatemala, and El Salvador.

Cruz’s events bring together a wide range artists, community leaders, and political figures to discuss solutions to help the children adapt to their life here in the U.S. The name of the project, Cruz said, reflects the idea that all immigrants—indeed, all people—cross borders in one way or another. But it means even more for Cruz himself—he, too, was once a child from the border.

Like so many of these children, Cruz fled El Salvador in 1985 at the age of 13, escaping the escalating violence of a civil war and reuniting with family members living in the U.S. He traveled north through Mexico with a friend of the family. He was robbed multiple times along the way, and was eventually picked up by Border Patrol. Starving and broke, he was held in detention for a week before being released to family members living the U.S.

What Cruz knew best about the U.S. at the time was the music and dance of American hip-hop, in some ways our country’s most influential cultural export. In 1985, he said, “MTV wasn’t really playing rap. I remember going to school, eighth grade, and kids were dancing and rhyming. So I started learning everything else about hip-hop culture and the struggle that the art form has had.”

Continuing his childhood in the U.S., one of his most profound inspirations was the hip-hop group Public Enemy. Growing up in Inwood, in 1992, he got together with two other Salvadorans and formed the hip-hop group Reyes del Bajo Mundo (literally “Kings of the Underworld”), a reference to the group’s self-identification as part of a minority culture. The group put out three full-length albums and an EP.

It wasn’t long after that Cruz began to get involved in—and eventually organizing—events promoting Salvadoran arts, including music, dance, art, and more.

He transferred these skills over to politics in 2008 to help out with the Obama campaign in New York.

“I just started feeling like Latinos voting is important,” he said. “There are so many Salvadoran citizens that don’t vote because they feel like they don’t play a part or their vote doesn’t really count. So I felt like that was what we need to push.”

Cruz’s work is also channeled through two other organizations.

One is Hip Hop for Peace, a music festival that promotes messages against war and violence worldwide. The other is the Torogoz Collective—a reference to the national bird of El Salvador. “It’s a culture collective that we are starting here, because the Salvadoran community in the states does not have an entity that pushes nothing but culture,” said Cruz. “We have immigration people, business people, political people, and people that work with youth. But there is no [other] organization that is trying to work with the music, the poets, the painters.”

In addition to his larger public events, Cruz hopes to serve as an inspiration to the children themselves.

He held a show at Hempstead High School for the ESL class, which included “about 30 to 40 kids—Salvadoran, Honduran, Guatemalan kids who just came here and who looked just like I did when I first came here,” he said. “They reminded me of me. And when I started telling stories, you could see in their faces that they were like, ‘Wow, this guy was just like me.’”

He said he hopes that he inspired many of them to realize that they too have a chance in this country.

Like many of the newly arrived children today, Cruz applied for political asylum when he first arrived in the U.S. He was denied and given a deportation order. But Cruz remained in the country undocumented for several more years until his mother earned her citizenship and could sponsor him. He became a U.S. citizen in 2007.

He said all undocumented immigrants, including the newly arrived children, deserve a chance to succeed like he has. “We are not a threat. We are here to work, to contribute, to be part of society and make this country better,” he said.