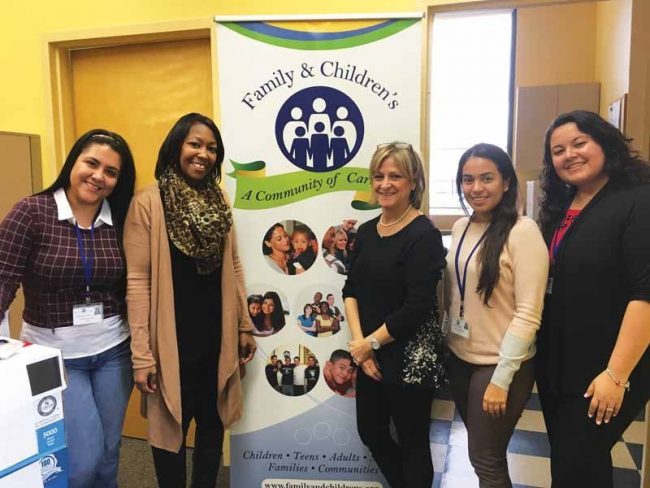 It’s hard to imagine what it’s like to come to the United States alone, unsure if you’ll ever see your family again, especially if you’re still a child. This is a challenge that Safe Transitions and Reunification Services (STARS) knows well, and it’s their job to help newly arriving immigrant children to connect to their new home, their new school and, most importantly, their new country.

Located in Hempstead, STARS is a program provided by the nonprofit Family and Children’s Association that helps young immigrant and refugee children who enter the country without a parent or guardian. The process is an intricate one, designed to make sure the child is safe and being taken care of every step of the way.

Many are coming from countries like El Salvador, Honduras and Guatemala, escaping violence, extreme poverty, abuse and exploitation. STARS caseworker Millerlandy Acevedo explained, “A lot of times you’ll have a 17-year-old male who is faced with the fact that he has to come here because if not he’s going to be forced to join a gang.” Since 2014, more than 115,000 children have fled to the U.S. from these three countries. More than 7,100 of those children have come to Long Island, as it has the fifth largest Central American community in the United States.

When a child crosses the border alone, Immigration and Customs Enforcement (ICE) places the child (ages 0 to 18) in an Office of Refugee and Resettlement (ORR) shelter. Ninety percent of these children have a parent or relative who already lives in the U.S. and the ORR locates them so they can be reunited with their children.

If the parents/guardians live on Long Island, Brooklyn or Queens, and the case goes through the Lutheran Immigration Refugee Services (LIRS), the child is referred to STARS as a client. A home study is then conducted if ORR has concerns about the household. The caseworker checks the house before the child arrives, making sure they have a room with a bed among other necessities, as well as getting to know those who are living there and inspecting the entire residence, a four-hour process in all.

“It’s also just the face-to-face communication of seeing this person. You can tell when someone is anxious…like when you meet a mother that wants her child to be released from the shelter, you know that’s just where they need to be,” said Acevedo.

Post-release services start once the child has entered the home and begins to integrate into their community. Caseworkers do everything, like help enroll them in school, work on any legal documentation, connect them to additional services; they visit them four times in 90 days to help with whatever they need to get settled. The caseload is challenging with three caseworkers assigned to take on about 150 cases a year across Long Island. “The most important thing is that we make sure the children are safe in their placements,” Mayra Correa, STARS’s program coordinator, emphasized.

While many of the children are from Central America, they also have children who are coming from China, Bangladesh, and India. They come for similar reasons as those fleeing Central American countries: poverty, physical exploitation, government corruption, war and abuse.

As much as the organization looks to provide these children with a bright future, they are also concerned with their clients having a childhood. They help provide them with books, food and excursions, including one to the Statue of Liberty this past summer. Apart from being an educational trip on the history of immigration, it also gave the reunited families the opportunity to enjoy some quality time. “Their parents work so hard and sometimes they don’t get a lot of time with them because they have to be able to meet basic needs,” Correa said, “So having the time with their parents, having fun, laughing, playing in the park…that was beautiful.”

And to those who argue these services would better serve American-born children in need, caseworker Sasha Garcia-Rivera summed it up succinctly, “Who’s to say how one person’s worth is more than another?”