When Cesari Iman first arrived at Newark Liberty International Airport from Turkey in 2008, he had just enough to get by, settling in East Northport with some friends who were already living here.

Iman, now 32, was a recipient of the Diversity Immigrant Visa lottery (also known as the Green Card lottery), a program where 50,000 permanent resident visas are available annually to diversify the immigrant population in the U.S. Applicants are selected from countries with low rates of immigration and sets them on a pathway to citizenship.

“I only came to see. I never planned it. I never dreamed about it,” Iman said. 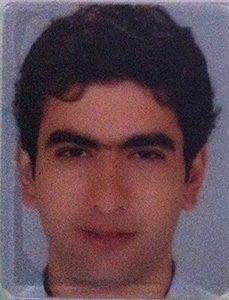 Iman grew up in Kocaeli, a city just outside of Istanbul and later moved to Istanbul. There, he went on to receive his bachelor’s degree in food engineering, though he never ended up pursuing work in that field.

After he arrived on Long Island, Iman started working his way up by getting a job at gas stations. Eventually, he found his place at a Hess station in Babylon where soon he became an assistant manager, then a store manager.

The Hess company helped pay part of his tuition to study at Dowling College where received his master’s degree in business administration in 2013. With the degree in hand, he jumped into the world of municipal government, securing a position as a program coordinator for Nassau County’s Office of Minority Affairs.

There, he helps businesses owned by minorities and women become certified so they can take a greater role in local government contracts.

“I think the idea was that they never participate in these contracts, like these groups, it’s kind of like encouragement for them to make it easier a little bit,” Iman said.

With a new Nassau County administration starting in January, Iman hopes to remain in his role with the county. But, if things change, he is considering becoming an entrepreneur and purchasing a gas station of his very own.

If Iman does go down the entrepreneurial route, he’ll be part of the demographic of immigrants who comprise the majority share of business owners here on Long Island.

As with most immigrants who come to this country for a better life, Iman is hard working. He drives for Uber in addition to his day job, where he’s also managed to glean a few tips on his potential future dreams.

“Doing that I’ve been meeting a lot of people, a lot of business owners, and we have nice conversations on the ride and they say that it’s very hard and tough being a business owner, but down the road you get a lot of rewards back,” Iman said. “So, you don’t have to know anybody to run a business. If you work hard you can still do it not knowing anybody. It would be difficult in Turkey, definitely. You have to know certain people, you have to have connections, and it’s much harder.”

Since 2013, Iman’s homeland has been mired with political instability, with a failed coup just last year adding to the turmoil. Despite its flaws, he considers the U.S. a safer and freer place to live, a bastion of democracy.

“Opportunities are open. I know some people they might discriminate… but most of them they don’t even care about it…They just look at you and your abilities, if you work hard, if you’re honest, it’s open,” he said. 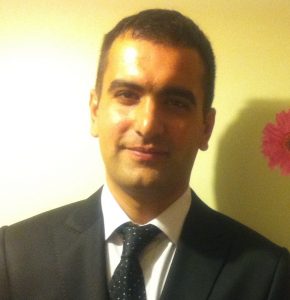 Also in 2013, Iman and his wife, Yasemin, were wedded, once in their native Turkey, then again when she moved here that same year. She currently works as a landscape architect specializing in computer-aided design with an engineering firm. Iman added that she hopes to become a civil engineer.

“She’s doing good, much better than me,” Iman said. “She’s got a lot of things going on.”

Just from looking at him, one probably would not be able to tell that Iman is a Muslim immigrant from Turkey. But, he said his wife, who wears a headscarf, does not blend in so easily.

“She tells me that she’s walking the street or in some stores and people look at her a little bit,” Iman said. “I say, ‘when they look at you, look at them straight, and I’m pretty sure they’re going to turn away.’”

Looking at the current state of politics and the climate of fear being perpetuated against immigrants, Iman remains steadfast and believes in the structure and principles of the American system, calling our checks and balances “a great thing.”

“If you work hard and do things right and properly, you can get it done,” Iman said. “Because this is the country that there a lot of opportunities out there.”