In this era of fascination with all things artisanal and organic, Northport’s Copenhagen Bakery—with its homemade cookies, cakes, and breads—is right on trend.

But Flemming Hansen, the owner of the popular danish-and-sourdough outpost, isn’t jumping on the hipster wagon: His interest in food and cooking stretches back to his childhood in 1960s Denmark and continues today through his bakery in Suffolk County.

As a Danish immigrant, Hansen represents the diverse range of immigrant business owners on Long Island, who come from places like El Salvador, India, and Scandinavia to earn a living in the US.

Hansen, like many area immigrants, started with career aspirations that eventually led him to Long Island. Growing up on the central Danish island of Funen (Fyn in Danish), he was drawn to cooking at a young age and often thought about becoming a chef. As a teenager, however, an unexpected opportunity changed his mind.

“I was 16; a local bakery needed an apprentice, and so instead of being a chef, I became a baker,” He recalls. “It worked out pretty good.”

Self-deprecating though he may be, Hansen also clearly showed skill. After three years as an apprentice in Denmark, he was offered an opportunity to work as an exchange student—or as he says, “cheap labor”—in Solvang, a Scandinavian themed-town founded by Danish immigrants in Santa Barbara County, California, in 1911. 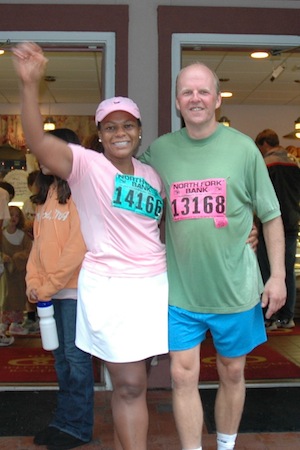 Stace and Flemming Hansen in front of Copenhagen Bakery.

Hansen stayed in California for the next 12 years, where he worked as a baker and met his wife Stace. The couple eventually made their way to Long Island, where Stace had grown up. For a while, Hansen bounced around different bakeries in Hempstead and Huntington, among other towns.

Then, in 1998, a new business opportunity came up: a chance to own a bakery.

“[When I] moved out here,” he remembers, “I was all over the place.” Hansen adds mischievously, “I couldn’t hold a job so I got my own place.”

While New York is not traditionally known as a center for Danish life, there is a long history of immigration from Denmark to the state. In the 1640s, approximately 50 percent of the 1,000 people living in the Dutch colony of New Amsterdam were Danish.

During the peak years of immigration from Denmark, between 1860 and 1930, more than 375,000 Danes came to the United States, some of whom settled in the New York area. According to the 2009 United States Census data, roughly 36,593 people of Danish extraction live in New York State, 4,000 of whom are in Suffolk County.

Copenhagen Bakery, the only Scandinavian bakery on Long Island, has become a draw for Danes from the Tri-State Area to as far away as South Carolina. 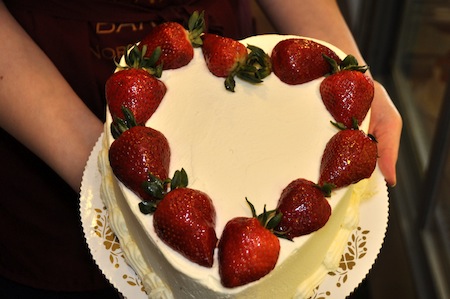 Hansen does not, however, rely solely on Danish customers, or Danish treats, to stay in business. The bakery offers everything from specialty cakes for religious holidays to cannolis and cupcakes, which demonstrates Hansen’s understanding of the multiethnic, Long Island audience.

And that audience has responded. Since opening, Copenhagen Bakery has grown to encompass a 20-person staff and a brisk online business.

A popular following, however, doesn’t guarantee longevity. Like many businesses, he has had to cut back in the face of the economic downturn. The cost of raw material like flour, sugar, nuts—the lifeblood of any bakery—has risen precipitously, forcing him to reduce advertising and some of his staff. Hansen remains optimistic though and takes pride in his ongoing success. 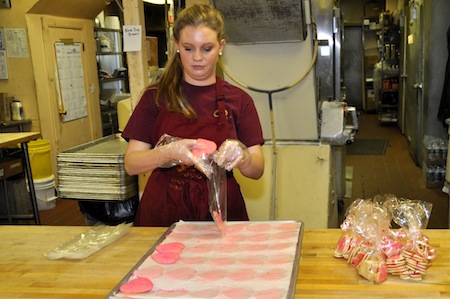 Hansen’s influence in Northport also extends beyond the bakery. He is the current president of the Northport Chamber of Commerce, and he has helped organize several big initiatives, like an annual art walk, live music performances, and a raffle. The first walk of the year attracted over 1,000 visitors and was a huge success, according to Northport Patch.

In the thirteen years that Hansen has owned Copenhagen Bakery, it has earned rave reviews from online review sites like Yelp and Trip Advisor, and he replies with confidence when asked if he feels threatened by the growth of big box stores.

Videos on Preparing for ICE Raids from Jobs With Justice

Private William McCarter A Common Soldier of the Irish Brigade

Trump’s DACA Proposal Would Not Help The 1.8 Million Dreamers That He Claims Would...