Immigrants account for 17 percent of the Long Island economy and nearly a quarter of small businesses on Long Island are immigrant-owned, according to a report released yesterday by the Manhattan-based Fiscal Policy Institute.

The report, “New Americans on Long Island: A Vital Sixth of the Economy,” shows the robust contributions of immigrants in Nassau and Suffolk counties, and speaks to the range of economic influence wielded by immigrants, half of whom work in white-collar jobs.

Read the report here and see the press release below: 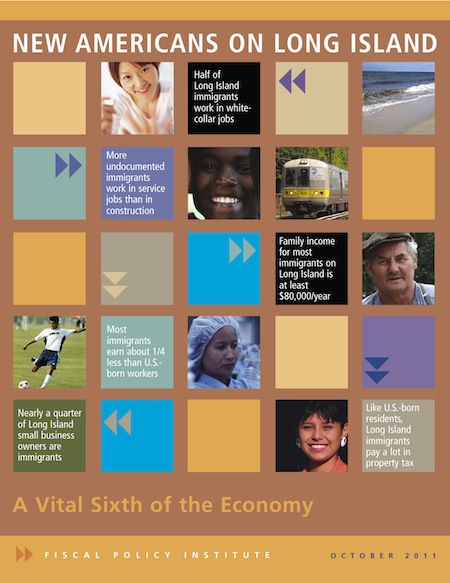 October 26, 2011—Tomorrow, FPI will release a comprehensive report about the economic role of immigrants on Long Island. The report finds that immigrants make up 16 percent of Long Island’s population and 17 percent of its economic output.

Half of immigrants (54 percent) work in white-collar jobs, the study finds, with great variation among immigrants from different countries of origin, adding up to a surprisingly balanced overall occupational mix.

Nearly a quarter (22 percent) of small businesses on Long Island are owned by immigrants, including nearly half (44 percent) of all individually owned restaurants.

And, immigrants are more likely than U.S.-born Long Islanders to be in prime working age, adding to their overall economic contribution.

“I think it’s time to turn the page on the immigration debate on Long Island,” says David Dyssegaard Kallick. “Too often, people assume that they know all they need to know about immigration by driving by a shape-up site for day laborers. There are 462,000 immigrants on Long Island, of which the few dozen men standing on scattered street corners are a tiny fraction.”

—Three quarters (75 percent) of immigrants on Long Island are homeowners. And, a third of immigrant home-owners (32 percent) pay more than $10,000 a year in property taxes.

—Long Island is an affluent suburban area, and the immigrants who live there are also comparatively affluent. Over half of immigrants live in families with an annual income of more than $80,000.

—Undocumented immigrants are estimated to pay $2,000 per family in New York State and local taxes, according to an analysis done by the Institute on Taxation and Economic Policy.

—Immigrants on average earn a quarter less than U.S.-born workers, but close the gap between U.S.- and immigrant family income by having more workers per family.

—The report gives the first detailed look at immigrants’ economic role in Long Island towns (with the East End towns grouped together). Among the findings: The biggest increase in the number of immigrants between 2000 and 2009 is in Hempstead/Long Beach, while the fastest percent growth in immigration is in the East End.

“There are both exciting changes and also challenges associated with immigration,” says Kallick. We should celebrate the positives, and be pragmatic about addressing the problems. But one thing we don’t want to do is follow the economically destructive path of places like Arizona and Alabama, which seem intent on driving away immigrants at a high cost to their social fabric and to their economies.”

The report will be available at www.fiscalpolicy.org/immigration.html, at 8am on Thursday morning, October 27.

Advance copies of the report are available to reporters, under embargo. Contact David Dyssegaard Kallick at ddkallick@fiscalpolicy.org.

The Fiscal Policy Institute (www.fiscalpolicy.org) is a nonpartisan research and education organization that focuses on tax, budget, and economic public policy issues, particularly issues that affect the quality of life and the economic well being of New York State residents. 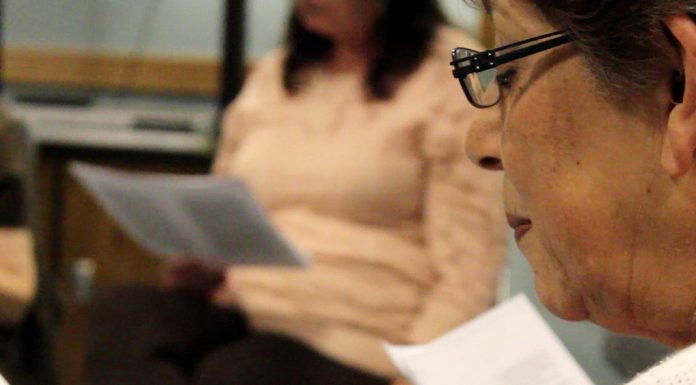 How the U.S. Navy Recruited Immigrants During the Civil War

Carl Schurz From Civilian to General in One Day

In Business and Activism, Ecuadorian Immigrant Pushes for Language Access on Long Island