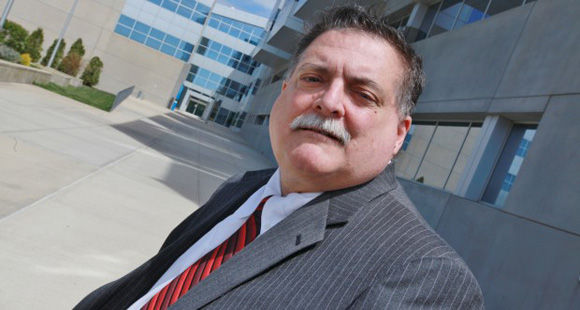 Thomas Maligno has been one of the pillars of legal services for the poor on Long Island for over three decades. His first job out of law school was with Nassau/Suffolk Law Services as a VISTA Volunteer. He stayed on for twenty-two years, eventually rising to direct the organization.

He now heads the Public Advocacy Center at Touro Law School where he involves students in the legal defense of the poor. Over the years, Tom has played a leading role in organizing legal defense for refugees from Central America.

Tom was born in Brooklyn, but he moved to Hempstead as a child. With grandparents from Italy, he understood the challenges immigrants faced in a country that could be harsh to newcomers. He also saw the discrimination against African Americans and Latinos in his own village and decided that he wanted to do something about it. Tom says that growing up during the Civil Rights Era made him aware that many injustices were not addressed “until someone filed a lawsuit.” He believed that becoming a lawyer would provide him with the tools he needed to challenge injustice.

Tom’s first job with Nassau/Suffolk Law Services required him to “ride circuit” to different communities throughout Long Island. Instead of being isolated in an office, Tom set up shop every day in different community centers. “That formed me as a young lawyer,” he recalled. Working so close to the streets in low-income neighborhoods grounded him in the everyday experiences of Long Island’s marginalized resident.

Tom also became a jack of all trades. “I did everything from family law to landlord tenant to appellate advocacy,” he says, adding, “I litigated almost every area of poverty law there is.” Along the way he was developing a professional breath and resiliency that are rare to find. He was also learning about the lives of people other Long Islanders tried to ignore. “A lot of lawyers say that they are in the profession because they love arguing the law, but for me,” he says “it was the love of making a difference in the lives of my clients. I always thought, there but for the grace of God could go I.”

When Tom finally left Law Services to take his new job at Touro, he treated it not as a retreat into academia, but as a new path for a public interest lawyer. He moved nonprofit groups like SEPA Mujer and the Suffolk Civil Liberties Union into the law school and helped legal clinics connect with community organizations. He enjoys working with students who remind him of his younger self, young men and women who, he says with admiration, “feel they can help to change the world.”

Tom has been working with me on projects at CARECEN since the early 1990s, first to help organize pro bono services for war refugees and most recently to improve services for children fleeing gang violence in Honduras, El Salvador and Guatemala. Tom says that the law school’s location in Central Islip keeps the legal needs of immigrants ever before him. When the latest child refugee crisis began in 2014, Tom applied the lessons he learned from Super Storm Sandy relief to the new challenge. “I knew all of our organizations had to work together to coordinate services and gain resources,” he says. He helped organize collective efforts that made the legal services more efficient without losing the centrality of for caring for children.

Tom Maligno is a fine example of what a lawyer in the public interest should be. 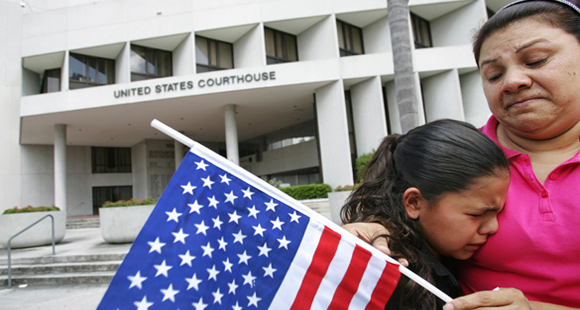 Stories for Liberation: The River In Between

American Public Grows In Outrage And Horror Over Family Separation

Supreme Court: States Can Give Harsh Penalties to Businesses That Hire Undocumented Immigrants