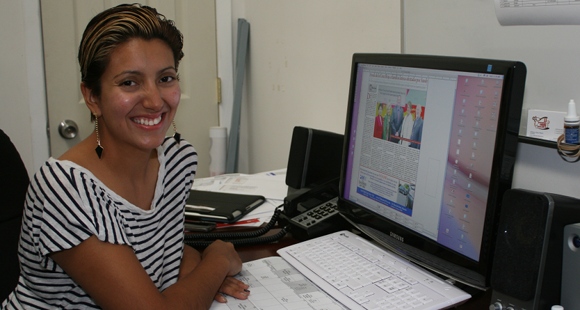 Silvana Diaz knows what it’s like to face adversity.

Not only is she the publisher of the renowned Long Island Hispanic-American newspaper Noticia, the Baldwin resident has reached this level of success as a Latina woman and as a first-generation Hispanic immigrant. In the newspaper business, which remains heavily dominated by white men, she has remained strong and has kept pushing forward.

But to see how far Silvana has come, it’s important to know where she came from.

Born in Lima, Peru on September 22, 1985, Silvana is the oldest daughter of William and Vicky Diaz. She has two younger siblings, Cinthia, who was born in Peru, and William Jr., who was born in the U.S. At the age of four, Silvana and her sister were brought to America by her parents, who were seeking a better life for their family. However, like many young immigrants, growing up in America as an Hispanic immigrant had its share of challenges and difficulties.

As graduation approaches, every high school senior has the dream of going to college. The excitement of choosing which schools to apply to and picking classes to enroll in are just as much a part of senior year as bonding with friends. It wasn’t until Silvana got to this point herself that she realized what being an undocumented immigrant really meant. She felt firsthand what it meant to be undocumented, not having a social security number, not having a future.

No one could have imagined that four years later, she would be graduating from the Fashion Institute of Technology with a Bachelor’s Degree in Fashion Design. Now, at the young age of 27 she is a permanent resident and is running the family-owned newspaper alongside her sister. 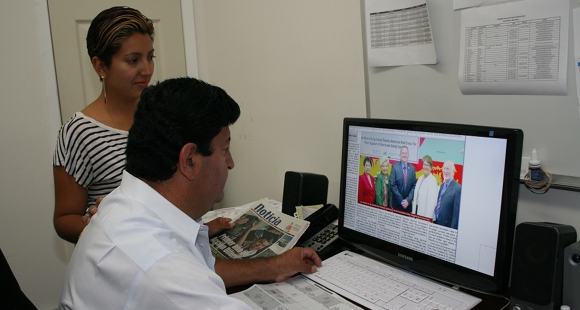 Silvana’s parents started what is today known as Noticia in 1991. While it has gone through a few name changes over the years, including El Dato, La Noticia, and La Noticia Hispanoamericana, since its inception, its goal has always been to inform Long Island’s Hispanic community of the news which affects them the most, including immigration issues, local politics and local services. William and Vicky Diaz had a vision of serving the Hispanic community on Long Island because they personally experienced how difficult it was to pack up their entire lives and move to a new country and start all over. They wanted to help ease that transition for their readers by navigating through the language and cultural barrier and providing a feeling of inclusion and reassurance.

In the midst of the 2008 financial crisis, Noticia, like many other newspapers and print publications, felt the impact and as a result had to downsize. In an effort to ease the struggles facing the family business, Silvana and sister Cinthia joined Noticia in 2009 as co-publishers and co-owners. While the paper saw its greatest successes from the mid-90s to mid-2000s, Silvana firmly believes in Noticia’s future as a newer, leaner business.

Like any family, the business has had its ups and downs. But that family bond is what makes the business unique.

“My sister and I make a perfect team,” Silvana says. “When we combine our creative talent, amazing things happen!”

The generational gap is one of the biggest challenges facing the family business. The cultural and age differences in the family has led to some disagreement over how to run the operation. Nevertheless, the Diaz family has learned over the years how to compromise and bounce ideas off of each other when it comes to key business decisions.

William and Vicky Diaz remain involved with Noticia, but not in the same capacity as in decades past. William, who Silvana considers her top advisor, shares his time between the paper and his new business venture in Peru. Vicky is in charge of the retail and local advertising sales. Silvana continues to look up to her mother for her sales acumen and her natural talent when interacting with varying personalities.

Also just like her parents, Silvana wanted to give back to the community. In 2007, Silvana together with her parents founded Fundacion Hispanoamericana, a scholarship fund dedicated to helping graduating high school seniors attend college, regardless of immigration status. Since its founding, Fundacion Hispanoamericana has awarded over $66,000 to 44 students. Drawing from her own experience, Silvana wanted to do all she could to help those that want to attend college achieve their dreams, regardless of their immigration status or their financial situation.

With the odds against her, Silvana has faced the difficulties of growing up in America as an Hispanic immigrant woman and risen above it all. She manages to balance being a single mother to her five-year-old son, Jayden, with running the family business and being an active member of the community. In late August, she was featured in Newsday as a “person on the move” as she was appointed to the board of directors of The Early Years Institute, an organization dedicated to helping young children develop to their full potential.  She is also a co-founder of Long Island Young Latino Professional Social Network, the goal of which is to empower young professionals and to give back to the community through fundraising. Silvana also organizes and participates in the annual SUMAQ Peruvian Food Festival, which sees over 4,000 people in attendance every year. 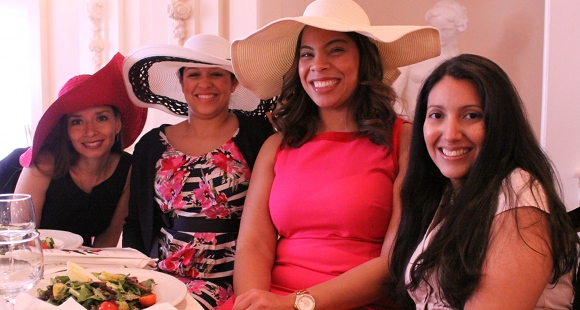 Last year, Silvana was named Business Owner of the Year at the Seventh Annual Latina Hat Luncheon, an event hosted by the Long Island Hispanic Chamber of Commerce.

Just as William and Vicky Diaz sought to give back to the community with the power of news and information, Silvana has continued that legacy through the success of the family newspaper and through her own endeavors and initiatives. The power that Noticia has in bringing the community together every week cannot be understated. Silvana Diaz is creating history right here on Long Island and is a beacon of the American Dream that all immigrants hope for. 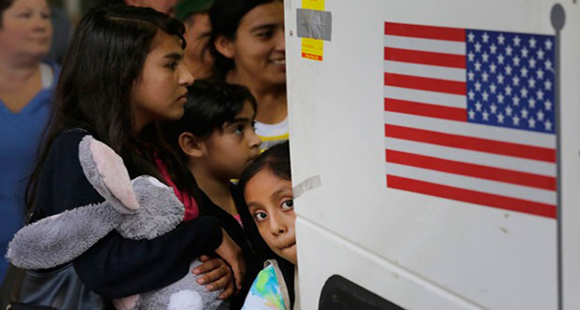