Flemming Hansen didn’t necessarily expect to be an entrepreneur. And he didn’t expect to be plying his trade here on Long Island.

Growing up in Denmark, he aspired to become a chef; decades later, he found success as a baker. Close enough.

But to his surprise, he ended up running a profitable business far from his native homeland: In 1998, Hansen opened Copenhagen Bakery in Northport, which has become one of the best-known and most popular cake shops on Long Island. 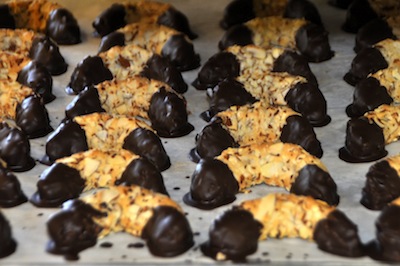 While Hansen’s story may sound unusual – relocating to another continent to sell cookies and sourdough bread – it isn’t unique. Immigrants from around the world – Europe, Asia, Africa, and Latin America – flock to Long Island to open businesses, boosting our local economy and replenishing our tax base.

With that in mind, my organization, Long Island Wins, is launching a new ongoing business series to highlight the diverse range of immigrant businesses in our area.

We’ve already written about how the Long Island Hispanic Chamber of Commerce and its president, Luis Lopez, help immigrant entrepreneurs navigate the business world on Long Island. Telling the stories of how immigrants serve as an engine of Long Island’s economy will be at the core of our new series.

But the power of immigrant businesses isn’t just anecdotal. A recent report by the Fiscal Policy Institute shows just how important such businesses are to Nassau and Suffolk counties.

“The Changing Profile of Long Island’s Economy” looks at immigrant contributions during recent peak economic years. Immigrants are traditionally understood as more entrepreneurial, and the data bears that out.

According to the report, immigrants produced a higher percentage of proprietors’ earnings than their share of the labor force or the population.

It’s no wonder that another study showed that in 2006, immigrants contributed $10.6 billion – with a “b” – to the Long Island economy, with their $7.5 billion in buying power generating 82,000 new jobs. They even paid $2 billion more in taxes than they got back in services.

The contributions of immigrant business owners go beyond boosting tax dollars and adding jobs. Many of these entrepreneurs give back to our community.

At the Long Island Hispanic Chamber of Commerce, for example, members organize annual charity events, like one that funds scholarships at Briarcliffe College. One recent chamber event, the Sixth Annual Latina Hat Luncheon on May 19, put a spotlight on some of the many successful Latina businesswomen on Long Island.

With so many success stories to tell when it comes to immigrants who are growing and creating jobs on Long Island, we’re going to have our work cut out for us keeping up with them all. Stay tuned.

Hotline for Immigrants With Questions About Applying for Driver’s Licenses Under New Green Light...