Nayyar Imam is the owner and president of Yore-X Drugs & Surgicals in Coram. He has owned and operated four different pharmacies during a 23-year career of helping to keep Long Islanders healthy.

He is also an immigrant, and a shining example of the aspirations of all those who come to the United States looking for a better life for themselves and their families.

Born and raised in Hyderabad, Pakistan, Nayyar knew from a young age that he wanted to be in the healthcare field. Upon graduating high school, he went on to earn his degree in Pharmacy before practicing his craft in Saudi Arabia.

Seeking to further his education in pharmacy, he made the life-changing decision to move to the United States in 1982. The transition was anything but easy in the beginning.

“At first, I didn’t like the school I was attending very much, I wanted to go back to Saudi Arabia where I had been working as a pharmacist,” he said. “But after going to a few classes and getting used to the country and making some friends, I decided I wanted to finish my degree in pharmacy.”

Not only did Nayyar come to like the school he was attending – Long Island University in Brooklyn – he enjoyed the coursework so much that after receiving his Bachelor of Science degree, he went on to study for his Master’s degree. While Nayyar had originally intended to return to Saudi Arabia after finishing his studies, he decided to stay for the long term after integrating into the American culture. 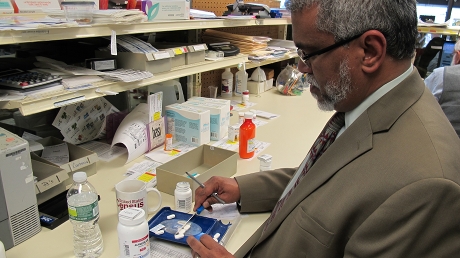 After receiving his pharmacy license in 1986, Nayyar worked for a few years at different pharmacies in the area. He also worked as a teaching assistant at the College of Pharmacy at LIU. During this time, he had the chance to teach a course on Toxicology at the school, filling in when another professor had to leave the country on short notice.

He eventually moved to Long Island in 1990, where he has worked and has called home ever since.

“What I like most about Long Island is the natural beauty and the open space,” Nayyar said.

Nayyar bought his first store in Port Jefferson. He later operated pharmacies in Smithtown and Setauket before settling at his current location in Coram.

The 57-year old Mt. Sinai resident has been married for over 25 years and has three children; two sons, ages 21 and 18, and a daughter, 17. He is also the head of the Long Island Muslim Alliance, and is an advocate for the fair treatment of Muslims. When news broke of the NYPD conducting surveillance of Long Island Muslim residents, Nayyar spoke out against it.

Video of an interview Nayyar did with News12 on this issue:

With the current debate going on in Washington on immigration reform, this is an issue that hits very close to home for Nayyar.

“People who have never moved to another country have no idea what the immigration process is like, it’s very frustrating,” Nayyar said. “You’re not sure of your status, so you can’t make any plans for your life because uncertainty hangs over you.”

Nayyar spoke of one of his employees who is currently in a difficult immigration situation, in which her husband has been in Pakistan for the last two years and is waiting to return.

“Imagine if your spouse cannot be in the country with you?” asked Nayyar. “It’s like torture. All you can do is pray and hope for the process to go ahead so that your spouse can join you.”

Several decades into his career, Nayyar looks back and has no regrets on the path he chose.

“I think the pharmacy profession is great,” said Nayyar. “It’s very diverse, and you get to talk to the people one on one and help them. It’s very rewarding.” 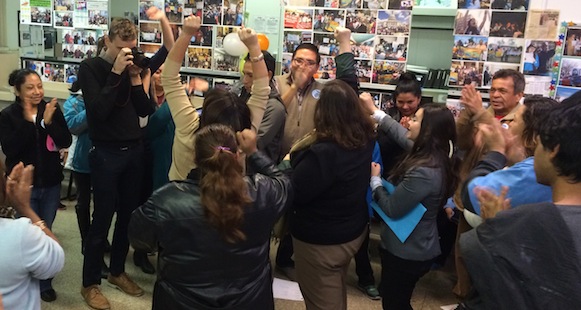 Reflections on the First Week of Executive Action

A Shift in Tone on the Suffolk Human Rights Commission

Prelude to a Reconstruction Riot: Irish and Blacks in Memphis in 1866