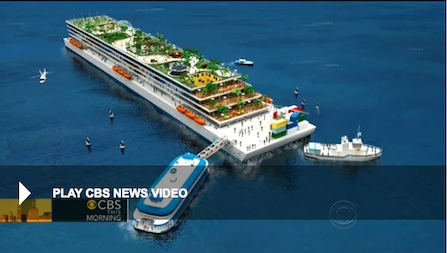 Have a great idea and willing to leave your home country to give it a try? You might want to consider places like Great Britain, Singapore, and Chile over the US, according to a recent report on CBS News.

For immigrant entrepreneurs who aspire to come to the US on an employment-based, EB-5 visa, the government requires a minimum investment of $1 million. Compare that with $77,000 in Great Britain, $40,000 in Singapore, and $0 in Chile, and you might find yourself humming “God Save the Queen” while you hone your business plan.

This is how silly things have gotten: A pair of Silicon Valley businessmen are hoping to anchor a boat off the coast of California, and use it as a floating office of sorts, where tech minds from around the world can come to pitch their projects to American companies.

In the rolling waters off Half Moon Bay, Calif., many people see the ideal spot for a leisurely sail. But Dario Mutabdzija sees a tidal wave of new business in a not-so-typical office environment.

Once you get 12 nautical miles off the coast, you are no longer in U.S. territorial waters, but you’re still an easy commute from Silicon Valley, the tech capital of the world. That’s why Mutabdzija and his partner Max Marty think it’s the perfect place to set up an international office on the high seas.

Mutabdzija and Marty’s grand plan is to outfit and anchor a ship, where foreign entrepreneurs would live, rent a room, and pitch their ideas to businesspeople who visit from the shore.

It’s something they believe is necessary because of the U.S.‘s EB-5 or employment-based visa, which makes it almost impossibly expensive for outsiders to pursue the American dream.

Immigration lawyer Harlan York said, “The only way an immigrant entrepreneur can seek to live in the United States with a green card is to invest $1 million here. And, there’s a limit annually of 10,000 of these applications. We’ve never even reached half of that number.” 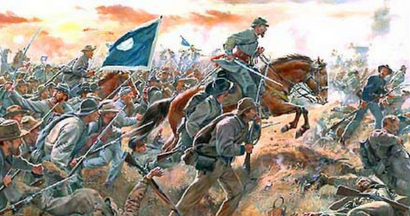 The Know Nothing Colonel and the Irish Soldier

The New York DREAM Act is out of the budget . . . again

Convulsion of Violence: Day One of the New York Draft Riots