Tall, wiry, and with an ever-present martial arts headband, Gerry Senese, the director of Ryu Shu Kan Japanese Arts Center in Farmingville, gestures vividly in his small office as he explains how, back in 1970, a Long Island college kid with Irish and Italian roots discovered the East.

“When I got to Asia in my World Studies program, I fell in love with Chinese and Japanese culture,” Senese says. “I opened up my first martial arts studio in Farmingville in 1984…I was lucky it was the same year the first Karate Kid movie came out and that helped the enrollment in the karate school.”

Kyoshi Senese, as he’s also called (“professor” in Japanese), soon had a partner in the project: He met Hiroko Uraga at a Japanese language school in Manhattan where she was working while finishing her studies at Baruch College. As a Japanese immigrant to New York, she not only helped Gerry to improve his language skills, but also introduced him to Japanese arts, such as folk dance and music. Now, the Seneses run the studio in Farmingville and help organize large-scale cultural projects like the Cherry Blossom Festival at Stony Brook University. 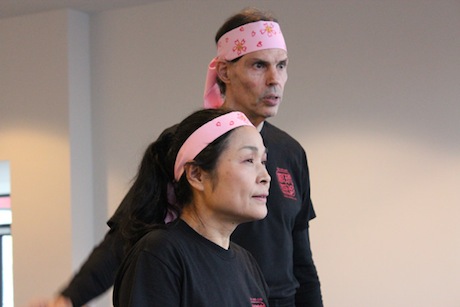 According to a report by the Fiscal Policy Institute, the Seneses’ love-work partnership bodes well economically for Long Island, where immigrants own nearly a quarter of all small businesses, generating profits of more than $800 million per year. The report also highlights the importance of these businesses, which have aided economic growth in areas such as Hicksville and Patchogue.

Japanese immigrants don’t represent a large portion of immigrants on Long Island, but small communities in places like North Hempstead are growing, with 1,300 Japanese Americans there in 2009, a 56 percent increase since 2000. But through the work of the Seneses, Japanese culture reverberates beyond immigrant households.

Soon after the couple met, they were in business together, and in 1995, they opened Ryu Shu Kan, a bigger studio in Farmingville. Over time, the curriculum grew beyond karate to include kickboxing, tai chi, samurai sword training, and even weight-loss techniques, attracting more than 100 families and earnings upwards of $80,000 per year. 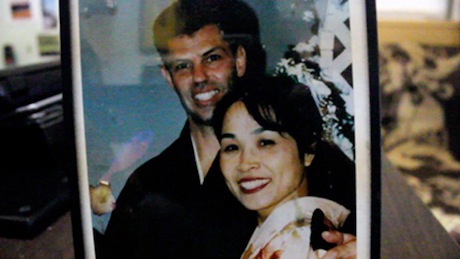 However, the studio walls are not the limit for this couple. “We always felt a need to reach to the community,” says Senese.

Gerry is the director of the youth karate program for the Sachem Community Youth Services program, as well as a member of the executive committee of the Japan Center at Stony Brook University. And Gerry, Hiroko, and the taiko group give performances in public schools through BOCES Arts-in-Education program.

“Hiroko and Gerry are great. I love the way they spread Japanese culture throughout the island,” says taiko student Alison Lambert. “There aren’t a lot of places that do that.”

When Ryu Shu Kan first opened it was strictly a dojo for karate, but the couple wanted their students to experience Japanese culture beyond martial arts. First they introduced brush writing and origami, but it wasn’t until 1998 that they added what would become one of their marquee programs: taiko, a mix of traditional folk music and drumming. “I was always interested in bringing more aspects of Japanese culture to my students so they could appreciate what they were studying in a deeper way,” Senese explains.

Watch the video below to better understand the art of Taiko drumming:

Click here to see how the Seneses improvised when faced with the expensive cost of the instruments.

It was through taiko that the Seneses embarked in their most ambitious project yet: the Cherry Blossom Festival, or “Sakura Matsuri.”

What started in 2000 as a day of Japanese culture for their karate students in the privacy of their studio soon turned out to be a full-scale event that included taiko, as well as dance, origami, bonsai trees, and ceramics. Since its inception on Long Island, the festival has been held at different venues, but once the Seneses were invited to be the directors of the community outreach program for the Japan Center at Stony Brook University in 2007, the festival moved there, becoming the premiere Japanese cultural event held at the university. 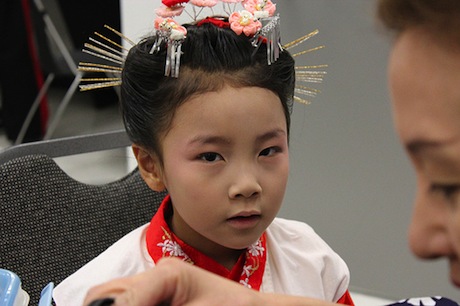 A member of the Miyabi dance group getting ready for her performance at the Cherry Blossom Festival (Credit: María del Mar Piedrabuena)

According to Denise Bertuglia, a taiko student and performer who’s known the couple for 15 years, ever since her son started taking karate lessons at Ryu Shu Kan, the Seneses are a big reason that the Cherry Blossom Festival has been so successful:

“Gerry and Hiroko are really the core of it all.”

Watch a slideshow with photos from Ryu Shu Kan and the Cherry Blossom Festival: 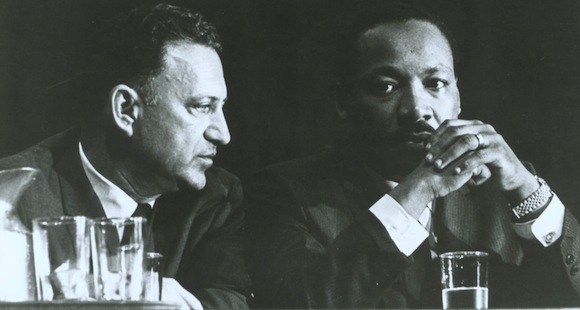 D’Innocenzo: Country in Need of a New ‘Common Sense’