1 POSTS 0 COMMENTS
The senior member of the Department of History at Winthrop University, Dr. Silverman has served Winthrop for over 31 years as a specialist in the History of the old South and Civil War. Dr. Silverman received his undergraduate degree at the University of Virginia and his graduate degrees at Colorado State University and the University of Kentucky. Before coming to Winthrop, Dr. Silverman was a member of the faculty of Yale University, where he taught for four years. Author or editor of 11 books, Dr. Silverman has won numerous awards for his teaching and three of his books have been nominated for national book awards. Among his teaching awards, he has received Winthrop's Outstanding Junior Professor Award, been named the University's Distinguished Professor, received the Pi Kappa Phi Excellence in Teaching award three times and, in 1990, became the first person in Winthrop's history to be named South Carolina Professor of the year. In 2014, Dr. Silverman was named the inaugural Ellison Capers Palmer, Jr. Professor of History at Winthrop. His most current project, Lincoln and the Immigrant, was published September 15, 2015 by Southern Illinois University Press as part of their Concise Lincoln Library Series. This volume inspired an exhibit at the Lincoln Cottage at the Soldier's Home in Washington, DC, where Dr. Silverman served as a content consultant. He is currently working on a companion volume detailing President Lincoln's reputation in 19th century Europe. For eight years, Dr. Silverman also served two elected terms on the Rock Hill School Board.

Long Island Wins Responds To Election Results: We Must Work Together...

Irving Berlin: A Heart Tuned to the Rhythm of America 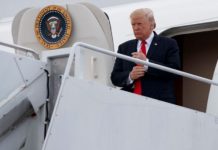 New Podcast Looks at MS-13 on Long Island and Internationally 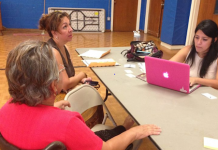 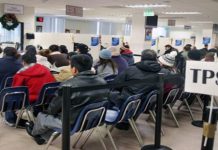